HMRC has announced today that it is allocating £45m to improve customer service, as it released statistics indicating a prolonged decline in the quality of its call handling.

The allocation will pay for around 3,000 additional staff to join customer service teams, alongside around 2,000 staff who are being moved over from other parts of HMRC to help with the tax credits deadline and letters and forms. 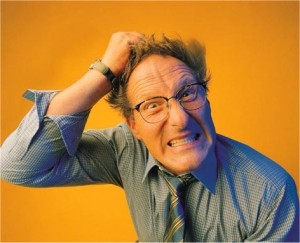 This man has just tried to call HMRC

HMRC stats show that the Revenue received more than 64 million calls between February, 2014 and March 2015. The volume noticeably peaked around key dates such as 31st January for self-assessment, and the 31st July tax credit renewal deadline.

This merely confirms what I and many other accountants and taxpayers have been saying for a while; that there’s been a steep drop off in the number of calls answered. January this year saw only 65.4% calls answered, well short of the HMRC’s 80% target.

Overall, the taxman failed to answer a staggering 18 million phone calls last year and that doesn’t include many more millions of calls terminated by frustrated taxpayers, fed up of waiting on hold.

The figures also show that in some months as many as one in three customers could not get through and to make matters worse, the average wait time for a call to be answered now exceeds 15 minutes, with some individuals having to listen to their awful canned music for over an hour.

“These figures will come as no surprise to the many people who have experienced HMRC’s telephone performance in recent years. By phone, is the only way you can contact HMRC now that they’ve closed most of their offices and with a digital online system which is still in development. The phone lines are now the only lifeline if you need to sort out your tax affairs, so they have to work.”

In a statement, Lin Homer said,

“Despite our best efforts, our call performance hasn’t been up to scratch and we apologise to all those customers who have struggled to get through to us.

“Good customer service is an absolute priority for HMRC. We set ourselves the target to answer 80 per cent of calls, to provide a more consistent level of service across the year and to reduce peaks and troughs in service levels between busy and quieter times.”

Homer also added that HMRC have invested in new telephone equipment, which will allow them to

“switch calls to many more offices, not just take them in contact centres, so more of our staff can help customers at the busiest times”.

I just hope that the new staff are trained properly, as just yesterday, the person I spoke to didn’t have a clue about some pretty basic stuff and at one point asked me, “What is a P11D”. So I’m crossing my fingers for the future, without a huge amount of confidence.

The issues with HMRC’s and the Department of Work & Pensions (DWP) online services portal are continuing, with a major systems crash last week. As a result, online filing in the past few days have been severely hampered and whilst they have now restored the system, there is a significant backlog.

The gateway crashing, again, affected the online submission of forms for several departments including HMRC and the Department for Work and Pensions. 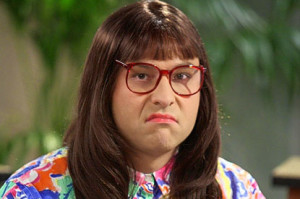 My accounting forum, AccountingWEB was awash with members posting their personal experiences dealing with the issues. Just one posted comment summed up the majority of accountants’ frustrations, “Loads of Friday RTI submissions, plus one last minute CIS Return to submit. NOT HAPPY!!”.

According to the HMRC press office, the problem lay solely with the government gateway, run by the Department of Work and Pensions. A spokesman for the DWP said, “We were aware of the issue affecting some online services on Monday. The problem was resolved that afternoon, and customers should have no problem using these services.”

Well I’m here to tell that DWP spokesperson that on the ground, the problems lasted for a week, with the system being totally offline from Friday morning until Monday evening.

A continuing issue will be the large backlog caused by the problems. “There is still a large backlog of responses messages which may take some time to clear through the system,” said BTC software in a statement. “Customers who are still waiting for a business response from Gateway should continue to poll for their response.”

HMRC’s service availability page gives the following advice, “we are aware that you may be experiencing a delay in receiving your acknowledgement to submissions made. Your acknowledgement will be sent once the service is restored. Please do not attempt to resubmit your submission.”

The Revenue has also implemented a three days grace period on RTI filing, confirming that “Reasonable excuse provisions will apply to anyone who was affected”. Well, we’ll just have to see if they keep their promise!

If any of you would like more detailed information on any aspect of HMRC Tax News, send me an e-mail and I’ll be pleased to advise further.

Find Out The Careless Taxpayer Error that will have HMRC Fining You
UK Tax Questions Answered by Shrewsbury Accountant No.17
HMRC bully-boys are at it again!