Not mentioned in the Budget – Tax & NIC changes 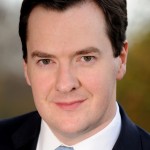 George Osbourne will continue to feature in the blog

Whilst the Chancellor George Osbourne, covered a wide range of changes that he plans to introduce between now and April 2020, there were a few changes due to come in on 6th April 2015, potentially affecting millions of taxpayers, that didn’t get a mention. These are:

As a result of the sterling work of the Office of Tax Simplification HMRC, various changes in the benefits in kind rules kick in on 6th April.

This will exempt from tax (and Class 1 NIC) any benefit in kind given to an employee that has a cash equivalent value of £50 or less including VAT. Such items would typically include small gifts at Christmas and birthdays or flowers given for welfare or celebratory reasons.

This puts on a statutory footing an exemption from P11D reporting that previously only existed if the employer had agreed such items were exempt with HMRC (known as a ‘trivial benefits agreement’). The good news is that these gifts can include gift vouchers and each gift is assessed against the £50 limit, it is not an annual exemption of £50 in total and in theory you can have as many £50’s as your employer cares to give you.

Fast forward to April 5th 2016 and P9Ds will be abolished (they are used to report end-of-year expenses and benefits for employees who earned less than £8,500pa) so any employees will be taxable on them regardless of their level of earnings.

At the same time though employers are being encouraged to opt to tax certain benefits through the payroll. This was last looked at in 2007 but is now firmly back on the agenda not least because DWP want to collect benefits in kind data so that this can also feed in to reduce Universal Credit awards as at the moment, any benefits in kind have to be ignored as they are not reported until post year end rather than in real time.

Class 2 National Insurance contributions (NICs), instead of being paid monthly will become an annual charge for the majority of those who are self-employed for the 2015-16 tax year onwards. As a result Class 2 liability will not be determined until the Self-Assessment return is filed.

However, those below the threshold can continue to pay Class 2 NICs voluntarily to protect their entitlement to certain benefits and especially the State Pension, as is the case now.

From 6th April 2015 a car benefit charge for zero emission company cars and vans is to be introduced, if there is any private use, however small.

The diesel vehicle surcharge of 3% remains until April 2016, when it is set to be abolished, but will still be subject to a maximum overall 37% rate for the top CO2 band.

And finally on this subject, the good news for those of you with an electric car is that there is still no fuel scale charge for the provision of electricity. If I were a betting man however, I suspect it would be worth a flutter that it won’t be long in coming.

13 Unusual Excuses as to why a Tax Return was late
Public attitudes to tax avoidance are changing
Taking a Taxi – Is it Tax Deductible?