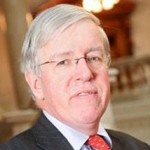 Hartnett appeared first and in one of his testimony’s more candid moments, he expressed regret toward “the process” by which HMRC reached settlements with big business and offshore tax evaders.

This is the same David Hartnett who:

Hartnett, when pressed on why HMRC didn’t prosecute more people after receiving a list of over 1,000 HSBC offshore account holders from former disgruntled HSBC employee Hervé Falciani, he admitted his surprise.

“I would like to understand why there weren’t more criminal prosecutions,” said Hartnett. “I’d always expected there to be more. I’d have liked to understand what would have happened if more resources were diverted to it.”

The Revenue did, however, manage to recoup £135m in repayments.

Hartnett maintained that he bore no responsibility for any potential prosecutorial leniency and never saw the Falciani leak despite his position as permanent secretary.

“I did not have accountability for enforcement,” he said. “I’m not here to get off the hook as I was never on the hook.”

Hartnett’s denials did not satisfy Hodge, who was relentless in her criticism, at one point stating “I’m aghast” and telling Hartnett that he will always be associated with the “old way” that “many people now find unacceptable”.

After Hartnett, Edward Troup appeared before the committee. In his opening statement, Troup heralded the HMRC’s success in lifting the veil on Swiss banking secrecy.

Here is an excert of the exchange:

Troup:
“In the early 2000’s banking secrecy seemed impregnable, the idea that this secrecy could be breached was unthinkable. From 2018, we will get information from Swiss banks automatically, not just on command.”
Hodge:
“And what are you doing now? It’s always the future; I’m interested in the now.”
Troup:
“We have quintupled the number of prosecutions for tax evasion over the last five years.”
Hodge:
“How many were small businesses? What we’re interested in is equality of treatment, SMEs aren’t treated equally.”

In reply, Troup said that he wouldn’t go into operational detail and that it was “perception” that SMEs are treated differently from large enterprises.

This drew the ire of MP Richard Bacon. “It is not merely a perception – it’s a fact that the way small enterprises are treated is different,” he said. “For you to sit here and claim that it’s perception makes you look rather out of touch.”

Troup remained defiant, saying that HMRC has to “put some effort into enforcing compliance among SMEs, they represent £15.1 billion of our tax yield”

Then Hodge delivered the coup de grâce, when she said, “I agree than £15 bn is a lot of money, but it only represents 3% of the total tax yield and 5.5% of the Income Tax, CT and NIC collected in 2013/14 by HMRC. In fact the £15 bn is a fraction of the taxes you and your colleague failed to collect from big business, during your tenure at HMRC!”.

Disguised Remuneration: Where do you stand now?
Splitting your business to avoid VAT registration
Surgeon takes a scalpel to HMRC entrepreneurs’ relief challenge