I’m claiming Marriage Allowance in the morning and other news 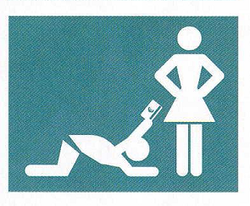 The Marriage Allowance (previously called the Transferable Allowances for Married Couples and Civil Partners) is being introduced from April 2015.

To register your interest for marriage allowance is simple and quick, you can register now to get an email telling you when you can claim. It’ll take around 3 minutes at www.gov.uk/marriage-allowance.

There’s guidance for couples to check their eligibility for the new allowance and from April 6th those who have registered their interest will be invited to be among the first to apply for the allowance using the new online service. Those who choose not to register early will not lose out; they will be able to make an application later in 2015-16 and still receive the full annual allowance.

HMRC announced on 17th February that employers will not incur penalties for delays of up to three days in filing PAYE information. Any employer who has received a late filing penalty for the period 6 October 2014 to 5 January 2015 and was 3 days late or less, should appeal online by completing the “Other” box and add “Return filed within 3 days”.

In addition, to prevent the unnecessary penalties being issued, HMRC will be closing approximately 15,000 PAYE schemes next month that have not made PAYE report since April 2013 and which appear to have ceased.

More than 8 million taxpayers who filed their 2014 tax return electronically by the 31st January deadline can now access their online tax summary. The summaries set out how much tax and National Insurance each person has paid in the tax year, and how it contributed to public expenditure.

The online summaries can be viewed by logging onto HMRC online services and selecting the ‘View your 2013 to 2014 tax summary’ option.

Any taxpayer who does not receive a tax summary can use HMRC’s tax calculator to estimate their tax bill and see how it contributes to public spending. The ‘HMRC App’ containing the calculator can be downloaded free of charge from the Apple App Store or the Google Play Store by searching for ‘HMRC’.

HMRC has now published a consultation paper, ‘Strengthening Sanctions for Tax Avoidance’, setting out proposals to tackle the serial use of tax avoidance schemes.

Individuals who avoide tax can already face penalties, but this consultation proposes additional financial costs such as a surcharge and additional reporting requirements on users of multiple schemes that fail. 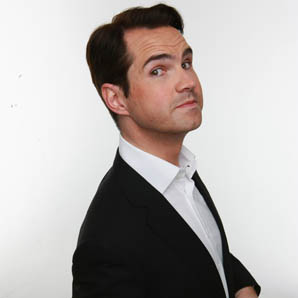 The Financial Secretary to the Treasury, David Gauke, said, “The government introduced the Accelerated Payments regime last year to fundamentally reduce the incentive to engage in tax avoidance. HMRC has already issued notices worth over £1 billion, requiring avoidance scheme users to pay their tax upfront, like the vast majority of taxpayers.

Today, we are proposing further action, such as penalties, to tackle the small hard-core group of people who repeatedly use avoidance schemes. Our message is clear: it is time to get out of avoidance and start paying your fair share”.

The consultation follows the announcement by the Chancellor last December that the government would consult on potential sanctions for repeat users of known avoidance schemes.

As part of the ongoing clampdown on tax avoidance, HMRC has set up the new Serial Avoiders Unit (SAU) which will identify and tackle users of multiple avoidance schemes. This specialist unit will offer a new hotline service to help people who have used multiple schemes and want to get their tax affairs in order. This will provide a single point of contact within HMRC to facilitate resolution of their tax affairs.

Jennie Granger, Director General, Enforcement and Compliance, HMRC, said, “HMRC is determined to clamp down on the small number of people who engage in tax avoidance and we have now published the top ten things that users of multiple schemes need to be aware of”.

Additionally, HMRC is increasing the level of resource and intensity devoted to tackling these avoiders. So any involved with such a scheme should get in touch with HMRC to settle their affairs and put the past behind them.

If you would like to read the full consultation paper, it is available online at:

If any of you would like more detailed information on any aspect of Marriage Allowance, send me an e-mail and I’ll be pleased to advise further.

Are the Self-employed really earning less?
Common errors made by businesses: VAT Disbursements
HMRC are finally taking on the tech giants