Fancy a flutter on the horses? 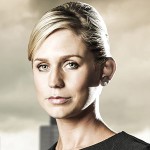 HMRC is changing how these duties are taxed from ‘place of supply’ to ‘place of consumption’. This means that operators will become liable to one or more of the taxes (GBD, PBD or RGD), if they offer remote gambling to a person who usually lives in the UK. So more of your winnings are likely to go to the taxman!

Bono may have to eat his words

Ireland announced this week that it will be cutting the double Irish loophole that gives multi-nationals such as Google, such favourable tax treatment in the Emerald Isle.

This comes hot on the heels of an interview that Bono gave the Guardian at the weekend, when he stated that the country’s controversial tax measures have brought it “the only prosperity it’s ever known”.

I wonder what he makes of Irish Finance Minister Noonan’s announcement – probably not the most Sweetest Thing he’s ever heard.

A new breed of accountant

Anyone watching The Apprentice recently will have seen that scary chartered accountant Roisin Hogan. She said on the programme, and I quote word for word, “Manipulate, persuade and conquer. I would identify my opponents’ weaknesses, go in for the kill and pick them off one by one”.

Oh dearie me, I really don’t think anyone would want to get on her bad side during the tax season, but I’ll definitely be watching the show.

Brendan Kelly bought doors and windows from a UK company, Bal4 Windows Ltd, which was based in Northern Ireland but registered for VAT in the UK. Bal4 supplied the doors and windows to Kelly with zero-rated VAT.

Kelly had recently moved north from Dublin and used his Irish VAT number from his old registered address in the Republic of Ireland. It would have been legitimate for Bal4 to supply the doors and windows zero rated to a customer in Ireland who was VAT-registered in that country; but the goods in question were collected by Kelly from the premises of Bal4 in Northern Ireland.

The Revenue took no action against Bal4 or its director, because it believed that they acted honestly and in good faith, albeit contrary to its obligations under VAT law. But they argued that Kelly’s conduct involved “dishonesty for the purpose of evading VAT”.

Tribunal judge Christopher Staker ruled that there was no direct evidence that Kelly made off record supplies. “Rather, the HMRC case relies on an inference that the tribunal is asked to draw,” he said and allowed Kelly’s appeal.

When a HMRC Payroll hit-squad visited Mr Yau Wing Liu’s takeaway in Grantham, Lincolnshire, it found that one member of staff was not accounted for in the taxpayer’s end-of-year employer’s return.

Mr Liu told them that the worker had been recruited through an agency, who’d told him that the worker was self-employed and he didn’t have to deduct Tax & NIC from his wages. The Revenue disagreed and said it intended to collect additional PAYE and NIC, so Mr Liu appealed.

At the Tribunal he argued that the worker was genuinely self-employed; he pointed out that the worker delivered takeaways to customers using his own car. The driver was paid £1.50 for each delivery, work was not guaranteed and wasn’t supervised by Liu.

The Tribunal agreed with Mr Liu and dismissed the case. 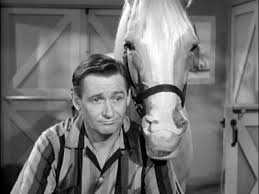 Fancy a pick me up?

In my trawl through recent Tribunal decisions (oh really, Ed) this one made me smile and hopefully you will too.

Richard Townsend, a Berkshire horse breeder, was pulled up by HMRC when they discovered he was zero rating sales of horse semen, he disagreed with their decision, so off to the Tribunal they went.

Townsend argued that semen used to inseminate pigs, cattle etc was zero rated as a foodstuff and as many horses are exported to the continent for the horse meat trade, he was correct in his interpretation of the rules. The Vatman disagreed and argued that as adult pigs and cows are zero rated, therefore eggs and semen used to produce them are also zero rated; but horses are standard rated and therefore eggs and semen to produce them are also liable to 20% VAT.

He lost the case and in his summing up the Tribunal Judge said, “As far as I am aware there is not any country in the world that considers stallion sperm a delicacy or a foodstuff”.

In view of the Judge’s remarks, I think Mr Townsend should consider appealing on the basis of the following:

Don’t you just love all the weird and wacky cases that VAT disputes throw up from time to time, I still remember fondly the case of Choccywoccy shortbread from earlier this year (See Blog HMRC’s War On Confectionery VAT from July 11 2014)

Happy New Year from All of us at Morgan Jones, and remember the self assessment deadline is 31st January 2015!