Question: What do you get if you cross a Formula I team with an accountant?

Forgive me for that bad joke, but recently I’ve been trawling the financial press, HMRC website and the various accounting forums to bring you the latest news, so here it is. 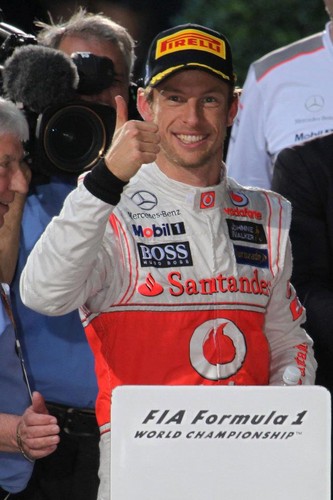 The first thing of interest I came across was the news that accountancy giant KPMG has signed a 10 year deal with Formula I’s McLaren.

Apparently KPMG want to apply the same predictive analytic technology used by the F1 team to change the way they work and in future use an audit technique that is forward looking and predictive. At present most large accountancy firms use what I call “the driving mirror” model. This way of doing things basically uses the analogy of driving a car, but only using the rear view driving mirror; or to put it another way, giving clients advice regarding the future of their business, but only using historical data.

Will it work? Or are KPMG merely trying to use F1’s modern and glamorous persona to sex-up their image; if they are, I suspect it won’t work.

Margaret Hodge, the terrier-like chair of the Public Accounts Committee is at it again!

This time she has laid into the Revenue over the big difference from the date on their letters to the actual date of delivery. She criticised HMRC for sending out letters requiring something to be done within a specific timescale, such as providing a certain document or compiling and sending in some data, but then reducing this time by a third because of their own inefficiency.

“The average gap between the date on the letter and the date of its actual delivery is ten days, which I consider to be unacceptably shoddy”.

This is a subject that irritates every accountant on the planet and I have often wondered why typically HMRC letters take so long from the date shown on the letter to reach me and decided last month to send an email to HMRC’s queen bee Lin Homer, asking why that was the case.
I have to date received an automatic holding reply to my email and a letter from the Ministerial Correspondence Team (received within 3 days of the date shown on the letter) promising a substantive reply within 28 days. I will of course post her response, when I have that substantive reply.

RTI, the much heralded new super-efficient Payroll system introduced by HMRC in 2013/14 tax year, is in the news again with HMRC admitting that they have some unresolved “software issues” involving the RTI operating system.

There now appears that there is a conflict between the algorithms used in the RTI software and the main tax operating software used by HMRC for many years, which has manifested itself in hundreds of thousands of taxpayers being sent letters stating that they have underpaid their tax, when in 90% plus of cases, they don’t owe a penny.

In one extreme example, one client of mine was told they had underpaid nearly £10,000 last year, which I knew was nonsense. All of my requests for the matter to be investigated got nowhere, and eventually one of their goon squads turned up to remove furniture, computers etcetera, to pay the debt. The client was forced to pay but then sent a series of letters of complaint to Lin Homer, their MP, the treasury minister and his shadow. As if by magic HMRC found their error and apologised. Funny that!

(In computer science, an algorithm is a step-by-step procedure for calculations, data processing and automated reasoning)

On HMRC’s website a few weeks ago was an innocuous little snippet that was apparently merely reminding everyone that HMRC had the right to make unannounced visits (within reasonable working hours) and if necessary take away all of the receipts and documents.

However it now appears it was posted to herald a change of policy. In the last month there have been a flurry of postings on accountancy forums about a rash of unexpected and unannounced visits by Tax Inspectors and only last week, I had a phone call from a client that runs a public house, to find out that he’s just had VAT and Tax inspectors walk into his pub and demand to see his business records. They didn’t contact him before hand to arrange an appointment, but simply arrived unannounced and demanded to see the paperwork and discuss the running of the business.

I was not overly worried as I know he runs his business well and efficiently, but I am concerned that HMRC are clearly using underhand tactics to catch people off guard and panic them into making mistakes, which I consider both unethical and unacceptable; especially as he had done absolutely nothing to warrant such a visit.

In my view unless there is suspected evasion or fraud it is completely unprofessional, like much of the way HMRC operates these days. So my advice to anyone running a business is; if one of these hit squads turns up on your doorstep unannounced you should:

In my publican’s case, he had immediately phoned me and then politely stalled the gaggle of inspectors until I arrived. I invited them to return with me to my office to examine the paperwork, which they declined and after asking the landlord a few perfunctory questions about how he ran his business, left, presumably to hassle someone else further down the High Street.

You have been warned!

If any of you would like more detailed information on any aspect of my Tax Accountant’s News Update, send me an e-mail and I’ll be pleased to advise further.