Revenue & Customs won’t give you Back your money! 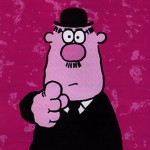 Does he owe YOU money

A leaked email has revealed that HMRC has completely stopped issuing Income Tax refunds after they discovered that the end of year tax reconciliations that they routinely perform for thousands of taxpayers, may have been calculated wrongly.

The Daily Telegraph got hold of the email earlier this week and have now splashed across their front page, under the headline Five million UK workers face uncertainty after tax bills wrongly calculated twice in HMRC blunder.

Dan Hyde, Consumer Affairs Editor for the paper wrote, “HMRC has privately admitted that those who underpaid or overpaid income tax last year may still have paid the wrong amount. Most have already been sent new tax demands or sent repayments – but now face the prospect of having their bills recalculated once again. HMRC has stopped sending repayments until the crisis is resolved”.

He went on to say,” Four months ago, HMRC admitted it had collected the wrong amount of tax from more than five million people in the 12 months to April 2014” Mr Hyde then quoted the email leaked to his paper that showed that a select group of senior HMRC staff and accountants were told “thousands” of mistakes were made and the senior staff were advised, “tell taxpayers who questioned their bills not to repay any underpayment of tax. Anyone who had overpaid tax should not cash any cheques they had received. Anyone who has already cashed a cheque will see the money potentially clawed back if a mistake has been made”.

As you might imagine, the Accountants forums are buzzing, with everyone expressing disbelief at the staggering level of incompetence at HMRC. One of the milder comments I read was from Elaine Clark, who said: “This is extraordinary, a disaster, and heads need to roll at HMRC. This concerns me enormously given that RTI was meant to correct all evils, all payroll information would be up to date and everyone would be paying the right tax. How can we get reconciliation errors? There has to be something wrong in the system”.

A HMRC spokesman has now come forward and stated that the process is “continuing as normal”, and released the email, reproduced below, which shows that a number of large employers were involved, which could mean that the numbers of employees affected could potentially run into six figures.

HMRC has provided a copy of the email sent to stakeholders including employers, professional bodies and business groups. It is reproduced in full below.

“We are today emailing our stakeholders to explain that we are aware that a number of employees recently received a form 2013-14 P800 which was issued during our bulk 2013-14 End of Year reconciliation exercise.

“We are urgently investigating these cases and will look to resolve the matter in the next 6-8 weeks.

“We currently do not know the scale of the issue, but some large employers are involved, so several thousands of employees may be affected.

“We are very sorry that some customers will receive an incorrect 2013-14 P800 tax calculation.

“We are urgently investigating these cases and will look to resolve the matter and issue a revised P800 to the employee in the next 6-8 weeks.

“Employers and their agents should not send any 2013-14 EYUs unless requested by us. We are aware that there are still some 2013-14 EYUs which we have yet to process to the relevant account.

The HMRC spokesman went on to state that the numbers that will ultimately be affected will certainly run into the tens of thousands, but then admitted that his Department currently had no idea how big the scale of problem was.

He added that the incorrect letters that had gone out were not demands but merely tax summaries, and that no one has been asked to hand a penny over in tax because of this. 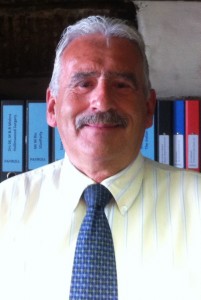 “Time for a change methinks”

That last comment by the HMRC spokesman is complete and utter horse excrement. Anyone receiving such a summary will assume they have to pay and thousands will, to avoid the possibility of that dreaded “Knock on the Door”.

Talk about shooting yourself in the foot, these errors are just the latest embarrassment for HMRC, who just weeks ago faced stinging criticism from MP’s over their “aggressive” treatment of taxpayers. Now another group of taxpayers have become innocent victims of the taxman’s latest cock-up.

One of the problems is that HMRC will not admit that the much heralded new PAYE system, RTI is not fit for purpose, doesn’t work and routinely produces errors that cause a huge headache for both individual taxpayers and their employers.

Me thinks, time for a new broom; and if indeed HMRC supremo Lin Homer finally decides it’s time to fall on her sword, I wonder if she’ll get her own tax correct on her P45!

HMRC are targeting individuals with money abroad
Why Nestle Lost Zero Rated VAT Battle
Entrepreneurs’ Relief: When is zero not a number?