What do grocers, second-hand car dealers, hairdressers, plumbers & lawyers all have in common?

They’ve all been targeted by HMRC tax investigations or “taskforces” over the last four years, as part of the Revenue’s masterplan to tackle black spots of tax evasion in the economy. 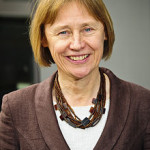 There have been 80 taskforces since 2011 and they’re planning another 20 by the end of the current tax year next April.

The taskforces, which use software to help investigators track down tax evaders, are aimed at parts of the economy where HMRC has some evidence of tax evasion. People who come clean about their financial affairs during the tax campaigns typically receive more lenient treatment.

According to HMRC’s Queen Bee, Lin Homer, the taskforces’ raison d’etre is to deter businesses in general and the self-employed in particular, from evading tax.

Given the significant cost of running 20 separate taskforces every year, I wonder how cost-effective they really are?

HMRC recently published figures show a fairly decent additional tax amount of £200 million that had previously been undeclared. However, what their website does not publish is the cost of mounting these cavalry charges into the massed ranks of the self-employed and SME’s.

As HMRC will not reveal the cost of running the taskforces as “each one is slightly different”; we can only estimate the figure from what they do tell us. Given that they’ve admitted that 350 staff are pretty well permanently on taskforce work and using HMRC’s own published figures on what it costs to employ a tax inspector, results in an annual cost to the country of a minimum of £140 million and this does not take into account the massive Head Office and infrastructure costs.

Interestingly their website does not mention that the additional tax collected is less than 1% of the Revenue’s estimated £35bn UK tax gap. The tax gap is the difference between the amount of tax HMRC thinks should be paid and the amount actually collected. Most accountancy bodies and independent tax experts believe HMRC’s figure of £35bn to be far too low, with alternative estimates ranging from a minimum of £50bn up to a potential maximum of around £120bn.

Also, it’s not clear how many enquiries into alleged tax evasion the taskforces found but weren’t able to collect because, of various reasons, such as the taxpayer disappeared or the business went bankrupt.

Money spent on normal tax investigations usually brings a decent return for the Revenue and a rough rule of thumb is, for every £1 that a tax investigation costs, £10 is collected; which rather suggests that taskforces are not cost effective, so why do they continue to mount them?

Apparently the main purpose of the taskforces is to deter tax evasion but this is very hard to measure. Roy Maugham, head of tax at UHY Hacker Young says, “HMRC is clearly aiming to frighten people and get people to pay tax”. 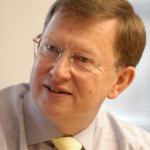 If a plumber reads about prosecutions of other plumbers in the press, HMRC hopes that he or she will think twice about evading tax,. But who knows how many people change their behaviour because of the taskforces?

One of the key reasons of mounting these well published campaigns is to encourage people to own up to tax owed in return for generally more lenient treatment. Tax amnesties such as the “Offshore Bank Account Disclosure Campaign”, have a similar objective.

“By using targeted intelligence our taskforce teams are able to focus on those at highest risk of deliberately evading the taxes they owe,” an HMRC spokesman said. “In so doing, taskforces are helping to provide a level playing field for the honest majority.”

One of the most recent campaigns has been on businesses which don’t declare income from debit and credit card receipts. “This is another example of HMRC using third-party data which they can demand by law, and then using IT systems to analyse it for investigation purposes,” says Dawn Register, partner in tax dispute resolution at BDO.

She went on to say, “HMRC has almost certainly obtained third-party data from credit card machine providers and is now using this to trace businesses that are evading taxes”.

The scary thing is the amount of third party data, such as use of credit cards that is now being accessed by HMRC. Are your personal bank accounts safe from the prying eyes of the taxman, I wonder?

It is clear from recent data published by tax investigation insurance specialists Taxwise, that only a tiny fraction of the 7,000 annual tax helpline enquiries relate to HMRC taskforce interventions. This rather suggests that taskforces are mainly for PR. They don’t have much impact, as my costing exercise above demonstrates, which clearly points to them mounted primarily for their deterrent value.
The taskforces are mainly aimed at small businesses and sole traders and in my opinion HMRC could make far better use of its resources by hiring more tax inspectors and concentrating on tax avoidance and evasion by large companies.

I’m broadly supportive of the Revenue’s drive to reduce tax evasion, especially with regard to big companies, but why do they always seem to concentrate on the “easy meat” of small businesses and increasingly invade areas containing your personal data, without any evidence that you’ve done anything wrong.

Big Brother is definitely at the gates, civil liberties are being ignored and this worries me.

If any of you would like more detailed information on any aspect of the HMRC Taskforces , send me an e:mail and I’ll be pleased to advise further.