One Treasury official in a private briefing to the BBC’s Economics Editor Robert Peston recently, put it this way: “London is now the unchallenged business capital of the world; it is wonderful.”

So what is going on?

Well the banker was talking about the declining and low rate of UK corporation tax, which will be a uniform rate of 20% for big and small companies from next year, and reforms by this government which mean UK-based multinationals pay no UK tax on dividends they receive from their overseas operations.

If this system was designed by the Treasury to attract more huge global companies to take up residency here, it seems to be working,; as was demonstrated recently when America’s Pfizer said that if it succeeds in buying the UK’s AstraZeneca, the new pharmaceutical monster’s holding company would be incorporated in the UK.

Also if Omnicom of the US and Publicis of France ever make it down the aisle to create the world’s biggest advertising company, it would be tax-resident in the UK (though apparently HMRC is a bit embarrassed at being seen to be aiding and abetting what some would described as tax avoidance and is dragging its feet on approving the tax status of the merged beast).

So the days when multinationals could not resist the magnetic pull of Dublin’s ultra-low tax rates seem to be over. This is despite the move earlier this year by the Irish Treasury to drop their primary CT rate to 12.5%, which failed to stem the tide of corporate headquarters moving to London.

Even the regular verbal spankings administered by Margaret Hodge and the Public Accounts Committee to the digital multinationals, Google, Amazon et al, for contributing little in the way of corporation tax to the UK Exchequer in spite of apparently being rather successful here, has done nothing to stop the flow.

So why is this happening?

The likes of George Osborne, David Cameron and Treasury mandarins regard this as good news, because when multinationals are resident here, there is a significant rise in the numbers of highly paid jobs located here. As the UK’s top rate of tax is likely to revert to 40% next year, it will be significantly lower than any of the leading European economies and lower even than the USA, which further attracts high earning individuals.

It might surprise you to know there are now several hundred thousand French citizens living in London and the South-East, whilst doing most of their work in France because they pay half the taxes they would in France and because the numbers are so big, they’ve even been give their own MP in the French Parliament.

This is all very well, if London’s status as the home of choice for the richest and most successful generates work and prosperity for the UK as a whole. Unfortunately, not everyone is thrilled by the associated creation within London of rich ghettos with the properties affordable only by the super-rich.

So we are left with the apparent contradiction between London as a country that is considered to be a tax haven by many and the UK as alleged high-tax strangler of entrepreneurs.

The high taxes in question, according to a report by the Centre for Policy Studies, are the 45 pence top rate of income tax and the 28 pence rate of capital gains tax. These are supposedly a reason why the UK spawns fewer home grown billionaire entrepreneurs per million citizens than Hong Kong, Israel and the US (in that order).

So what? What have billionaires ever done for us?

Well there are billionaires who make their dosh creating huge numbers of jobs and revolutionising industries and even economies: Google, Microsoft and Amazon spring to mind, as do vast numbers of entrepreneurs in Korea, China, India, Africa and South America, but not so many in Europe. 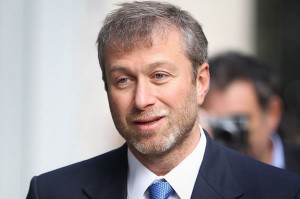 And then there are others who are brilliant at borrowing cheaply to buy undervalued assets – the private equity and hedge fund titans, inter alia – whose wealth creation typically benefits rather few people.

But even if there are billionaire entrepreneurs whose activities are a net benefit to us all, there is a lively debate about whether societies are becoming less happy, as inequalities become more pronounced. However, there is very little doubt that most of the biggest industrial breakthroughs of our time are down to the large multinationals, and even the government acknowledges that they are best at commercial research.

As for billionaires, the UK does of course have a fair number of them; but most tend to be Russian, or Saudi, or Chinese. However, the home-grown variety are growing in number and if the Tories get in next year, they are likely to relax the rules on Capital Gains Tax and Inheritance Tax in particular, to stimulate entrepreneurship which will see their numbers rise.