7 Tips for Reducing Tax on your Property

The group to come under the investigation microscope next will be property owners who are either letting or selling property and not declaring the income tax or capital gains tax due. 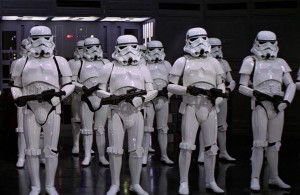 Selling or Renting? Either way HMRC are sending in the troops

Initially the taskforce, several hundred strong, will primarily focus on the South West of England and South Wales and I can only surmise HMRC consider that a lot of people have second homes, holiday cottages or rented properties in these areas.

The second reason for picking these areas for their first strike, is that these parts of the country have enjoyed significant growth in house prices over recent years, greater than most of the rest of the UK.

The taskforce is likely to review the Land Registry’s records of properties bought and sold and then match each record to the taxpayer’s tax returns for that year.

There could be difficulties in relation to complications around Principle Residence Relief, for the taskforce, but there should be ways of working out who has and who has not lived in a property that has been sold; with most of this information coming from public records, such as the electoral roll.

HMRC say that their previous Taskforces have been successful in unearthing undisclosed gains. They quoted two cases from their last foray into this area three years ago, when a Barrister made a gain of over £400k and didn’t declare it and a property consultant did not disclose property profits of over £750k, with both individuals now having criminal records because of their failures to fess up.

If a taxpayer thinks that they may have a gain which has not been disclosed to HMRC, then all is not lost. The overall result will invariably be better, in terms of penalties and HMRC’s general attitude, if a late disclosure is made. Also time can be taken to look at all the reliefs available to a taxpayer, to make sure the taxable gain returned is as low as possible.

The method of disclosure can be discussed before it is made, but the avenues available now include the Let Property Campaign which potentially provides better terms for disclosure: www.gov.uk/let-property-campaign

HMRC have issued a statement that they accept that in most cases when they find a taxpayer has not declared rental income; the non-declaration is most likely not to have been a deliberate act of tax evasion.

A few actual case studies from the “Let Property Campaign” site will illustrate how mistakes can happen:

What Brenda should have done was tell HMRC about her rental income, which gave her around £2,000 profit (after allowing for interest payments and other expenses, maintenance, etc). As the profit was below £2,500 she could opt to have this tax collected by way of an amended PAYE code number.

John should be declaring all of the rental income after deducting allowable expenses and paying any tax due.

Unfortunately for Alan & Sue, they both need to return the income to HMRC after deducting allowable expenses, which should exclude Stephen’s share.

Anna now needs to disclose the rental income but as she has historic accumulated losses, these can set off against subsequent rental income provided she has kept records.

I have a lot of sympathy for this lady, but she should be making a return to HMRC of the rent. This is because, although she uses all the income from the letting to pay fees, that use is private and not an expense of her letting. She can deduct allowable expenses and any fees paid to the letting agency.

Geoff should have told HMRC about this additional income of £3,550 above the threshold for rent a room relief. The income is liable to tax as the £4,250 relief in theory covers all additional expenses, cleaning, heating etc. However, if Geoff provides his friend Frank with any food and drink, this may be deducted.

Dan should have included the house on his tax return and paid CGT on the profit, less the costs of selling and less his Annual Exempt Amount (£11,000 for 2014/15) 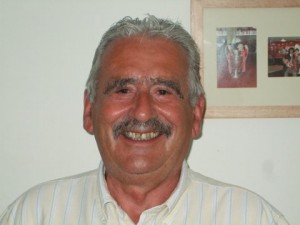 “Most individuals who either don’t declare rent or a gain are not deliberate evaders; they are just ignorant of the tax law. They think because they pay out more than they receive they are not making a profit, and I have found around 80% of the time that is the case, especially if they were tied in to expensive mortgages before the rates crashed.

Yes they should have told HMRC, but the case studies (with the exception of John) all illustrate that the individuals were, in their own minds, not making a profit and there was therefore no need to tell HMRC. Or to put it another way, any non-declaration is more likely to have been a sin of omission and not commission.

I just hope that when the new taskforce inevitably turns up more Dans, Annas, Geoffs and Brendas, that they treat their cases with sympathy and not have their normal knee-jerk reaction of assuming calculated and deliberate evasion in order to rack up the penalties!