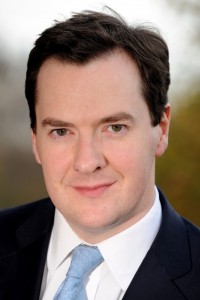 HMRC seems to be constantly on the look-out for new ways of increasing the flow of revenue into the Chancellor’s coffers. Encouraged by politicians of all parties and the media, the department is quite rightly encouraging defaulters to voluntarily come forward, chasing tax evaders and tackling those involved in aggressive tax avoidance schemes.

However ordinary businesses and individual taxpayers are increasingly being caught out by what many will view as an attempt to raise revenue by the backdoor – put simply, HMRC appears to be over-zealously applying the new penalty regime for inaccurate tax returns, late submissions and late payments.

Introduced four years ago and still bedding-down, the new regime was designed as a simplified and transparent system which, whilst recognising that simple and innocent mistakes are made, would impose clear levels of penalties to punish errors where the taxpayer’s behaviour is either deliberate or careless.

The suspicion in accountancy circles is that revenue-raising in straitened times has become the” be all and end all” driving principle with HMRC, coupled with a marked reluctance in accepting that genuine mistakes can and do in fact occur.

Critics point to incorrect tax return cases where HMRC accepts that a taxpayer might have made an innocent error, but still contend that he or she has failed to take reasonable care before signing the tax return. In such cases, a penalty of up to 30% of the error is typically charged.

HMRC also argues that the concept of reasonable excuse (which in the past has typically applied to cases of death or serious illness of a relative or business partner or to events outside the control of the taxpayer) has no relevance to the new inaccuracy penalty regime. This is a subject I have commented on before as my Blog on 21st August 2014 “Three Extreme Examples of HMRC Tax Penalties” demonstrates.

Others point to HMRC’s reluctance to alert the taxpayer to the fact that in many instances, suitable conditions can be set to prevent the re-occurrence of an error, thus enabling the penalty to be suspended.

HMRC says that it is applying a simple rule: if a taxpayer has failed to take reasonable care then it is only right that a penalty should be charged. The difficulty, of course, lies in defining reasonable care. In a recent Tribunal case HMRC argued (unsuccessfully) that an error by an adviser was still the responsibility of the taxpayer. The argument was extended as far as an assertion that it was the taxpayer’s responsibility to ensure that the advice he had received was correct. The Tribunal, in finding for the taxpayer, pointed out that HMRC’s own guidance makes a clear distinction between someone who says “I leave it all to my agent” and another who checks the adviser’s work to the best of his or her ability and competence. The guidance summarises the difference quite concisely: “…an ordinary person cannot be expected to challenge specialist professional advice on a complex tax issue. But they ought to be able to recognise the complete absence of a major transaction.”

It may be that the tide is slowly turning against HMRC’s very strict interpretation of the new penalties legislation? A number of recent Tribunal decisions have gone in the taxpayer’s favour and have in effect created case law precedents. Despite this HMRC continue to take cases to Tribunals, even when the circumstances are virtually identical to earlier cases that they’ve lost when the Tribunal has agreed that a “Reasonable Excuse” exists.

Over recent months my experience has been that whenever we appeal against a penalty levied against a client that we consider unfair, unjust or simply just wrong, the standard response appears to be a one line letter stating “appeal rejected” without any form of explanation. It is only when we escalate the complaint do we get any kind of explanation of the reason for rejection or an agreement to review the original decision.

Another example of their seemingly increasing desperation to collect extra taxes and what can only be described as “Micky Mouse” penalties, has been their recent trawl of old tax returns and files going back 6 years or more. Dozens of my clients have recently had tax bills relating to much earlier tax years and demanding the money with no explanation as to what the demand refers to. On the ones I’ve reviewed thusfar, only one in five is anywhere near accurate, with the others simple errors on their system and when challenged the bill is withdrawn.

So I contacted my accountancy forum and it appears that hundreds of thousands of these demands have gone out in recent months, many to retirees who don’t have an accountant and who are likely to pay up, whether they owe the money or not, simply because they don’t understand the system and are afraid if the dreaded tax man.

The areas I’ve highlighted today, mostly concern relatively trivial errors and amounts, with disproportionate penalties being levied. Many accountants, including myself, now take the view that HMRC have implemented a form of penalty farming, which in my view is both deeply cynical and immoral.

I will finish today with an actual case that happened to me recently, which I believe amply demonstrates HMRC’s new hard hearted avaricious approach:

A new client came to see me in January this year. He had cancer and knew he did not have long to live. He wanted to get his tax affairs up to date so that his wife would not be bothered after he died. It turned out that he had a £2,800 tax bill but he had ceased work over a year ago and was living on his savings/disability benefit and thus had no money to pay the bill. The Tax Return was completed and duly sent in with a letter of explaining his circumstances, no response from the Revenue.

Three months later the Client dies, so I wrote to HMRC advising them of this fact and once again explaining his reduced circumstances in the last year of his life. I then waited for 10 weeks before receiving a letter back from HMRC Newcastle on 16th August, thanking me for the information but stating that £2,800 was still due to finalise my client’s tax affairs.

So I appealed, enclosing copies of all previous letters and quoting other examples of tax write-offs in similar circumstances and sent off the letter by recorded delivery.

This time they managed to reply just six weeks later and hurrah, their letter stated that in the circumstances they would exceptionally write off the debt. I immediately phoned the widow and told her the good news, but regretfully I was a tad premature.

Just three days later on 19th August I received a second letter demanding the £2,800 tax plus a 6 months penalty. So I phoned HMRC who appeared to take great delight in telling me that they would not speak to me as I was no longer authorised to act for my client as he was deceased. I then had to get the executor (wife) to sign an authority for me to act, which I submitted online to save time.

Last Friday the authorisation went through, so I called HMRC and after being cut off 3 times, I eventually managed to get through to be told that I must write to the same place from where I had received the letter that had confirmed that the debt was to be written off weeks earlier…..and no, I could not speak to the writer of the 16th Aug letter.

Then to cap it all, the HMRC insensitive “bar steward” informed me that even if Newcastle confirmed that the debt would be written off, the penalty would remain. I was incredulous and told the official so, who promptly told me that he thought my attitude was unreasonable and put the phone down on me. Unbelievable!

So I have written a letter to Newcastle, attaching a copy of the one they sent to me confirming that they would be writing off the debt, begging them to finally update their computer records and asking that they also now write off the penalty.

I have also had to provide the widow with copies of my correspondence to show to the Debt Management goons, who could well turn up at her front door, while their Newcastle colleagues will presumably be taking another 10 weeks before deigning to reply!

Unfortunately my recent experience of HMRC’s new attitude of ignoring genuine hardship and trying to continue levying penalties, whatever the taxpayer’s circumstances, tells me that this saga is likely to involve further letters and ‘phonecalls, before it is resolved.

How to Win a Tax Tribunal - Prove where the Money Went
Proposed VAT changes
IS HMRC EXTRACTING THE URINE?