Are you one of Millions of taxpayers are due a tax Rebate? 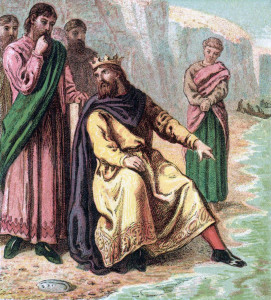 King Canute demonstrating the limits of a Kings power

Just over six million people are set to receive tax rebates averaging £400, while another million or so will unfortunately be told that they have underpaid their tax by an average of £600. It is estimated these errors will cost the government overall in excess of £2bn.

This is the second year in a row that HMRC have made mistakes, but this year’s numbers are much greater and point to a monumental cock-up by the tax office IT people and their implementation of a new computer system.

HMRC said letters would begin going out over the next three months, with those owing money able to pay in stages. A HMRC spokesman said, “we are confident the number of cases will reduce as the new system beds in”.

This statement was virtually identical to last year’s attempt to reassure the public, when they admitted they’d “got it wrong”; so if they really expect the public to accept errors will decrease despite admitting the level of cock-ups had doubled from 2012/13, they must be devotees of the King Canute school of economics!

Well I for one do not live in cloud cuckoo land and I don’t believe the level of errors will drop markedly for 3 or 4 years, if HMRC’s past track record is any kind of indicator.

What Will Margaret Hodge Make of This? 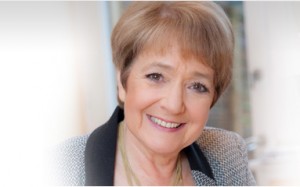 What will Margaret make of this?

The Public Accounts Committee (PAC) castigated Revenue and Customs last year, not only for the level of errors but also over their insensitive treatment of individuals who had underpaid through no fault of their own. So I can only imagine what PAC chair Margaret Hodge will say to HMRC boss Lin Homer this time round.

The MPs said up to 22 million people had not been taxed accurately since 2004-05 causing “unacceptable uncertainty and inconvenience”. Last year, PAC identified 3 million people that were due refunds for overpayments and some 1.4 million who owed the taxman after paying too little, which the committee said was, “totally unacceptable”.

They had also criticised HMRC for making no attempt to collect amounts under £100 and automatically writing them off. Well I’ve got news for the PAC, this year HMRC are considering writing off all debts under £300, which will cost the country hundreds of millions of pounds. I can’t wait for Margaret Hodge to get her teeth into that one!

A HMRC spokesman said, “Money that is owed going back many years is now going to be automatically paid back as we get the tax system up to scratch. We are getting cases that were left unreconciled up to date as quickly as possible. Anyone owed money will be paid back with interest without the need to contact us. The fact is there will always be some cases at the end of every tax year that require an under or overpayment to balance but these cases will reduce as the new system beds in.”

The spokesman, in an attempt to mitigate the situation offered the carrot, “people who owe money can, in most cases, spread what they owe over time by having their tax code adjusted.

Sounds reasonable don’t you think? Well later on in the statement, the spokesman also said that all debts had to be settled by 31st December 2014. So which comment is true, no doubt we’ll find out the answer next year, when I suspect the usual heavy handed letters of demand will go out. 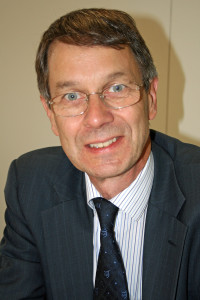 John Whiting of the Chartered Institute of Taxation (CIOT) said these over and underpayments were fast becoming a regular feature of the tax system.

“These are reconciliations, checks and cross-checks to make sure you have paid the right amount of tax,” he said. “Last year we had a great batch because they [the Revenue] hadn’t done it for a few years, but it’s very disappointing that the numbers have almost doubled this year”.

HMRC Permanent Secretary Dave Hartnett was widely criticised last year for a lack of sympathy towards those facing an unexpected bill, after he said tax reconciliation was a routine measure; but after a savaging by the PAC he later apologised and insisted HMRC did “not underestimate the distress caused to taxpayers”.

Mealy-mouthed words, from someone who subsequently transferred hundreds of thousands of taxpayers who had underpaid tax (due to HMRC errors I might add) to private debt collectors.

To sum up, whilst even HMRC admit that most of these errors are not the fault of the taxpayer, I urge you not to rely on them getting your tax code right and don’t forget they can go back nearly 7 years.
You should automatically check your tax code every year when it’s issued and if you haven’t yet read my Blog What No One Tells You About Your Tax Code posted on 8 August 2014, I suggest you do so now.