They’ve got their sums wrong again 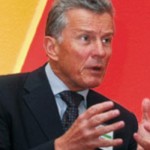 Amyas Morse has caught HMRC out

HMRC has had to make a public apology after it incorrectly claimed that it had collected billions of pounds in extra tax.

In its annual report on HMRC’s accounts for the 2013-2014 tax year, the National Audit Office (NAO) found that HMRC has set the baseline to measure its performance £1.9bn too low in 2010.

Chartered Accountant Amyas Morse, Comptroller and Auditor General of the NAO stated that although he accepted that the Revenue has been “broadly successful” in collecting extra tax revenue he was concerned that “an error of as much as £1.9bn in HMRC’s baseline calculation led it to report the trend in its performance in a way that inadvertently exaggerated the improvement since 2010-11.”

The Revenue said in a statement: “We regret an historic error made in 2011 when we wrongly calculated the baseline against which our performance was measured. We have corrected this error and even against the corrected baseline we have still exceeded our targets. We will work closely with the NAO to prevent this happening again.”

HMRC said that last year was its best-ever performance. “We … secured £23.9bn in additional compliance revenues and achieved our best-ever customer service levels, while also making £235m of efficiency savings.”

Professor Sir Andrew Likierman the non-executive Chairman of the National Audit Office commented that HMRC’s methods of measuring customer service levels were somewhat arbitrary and open to miss-interpretation. He indicated his preference for statistics produced by the National Consumer Council, which showed much more variable results and demonstrated that HMRC still had some way to go in this area, especially in their response time to letters from taxpayers and at their call centres.

The NAO said HMRC had made genuine progress in modernising the payroll system of collecting Income Tax and National Insurance through the new RTI system for employers, including support for smaller companies that have struggled to adapt.

Under RTI, employers send information about tax and national insurance they deduct from employees’ wages to HMRC when they are made, rather than at the end of the tax year as previously happened.

Amyas Morse also qualified his audit opinion on HMRC’s 2013-14 resource accounts for the third consecutive year because of “significant and material levels of error and fraud in the payments of personal tax credits”.

He added that the errors and fraud by claimants was surpassed by those of the Revenue and cited a recent court case in which a HMRC employee, who was on the staff of the St Austell tax office, was jailed for stealing more than £93,000 in working family tax credits.

The NAO stated that the HMRC’s claim that the UK-Swiss Tax Agreement, which came into force in January 2013, would bring in in excess of £5bn was significantly overstated. The NAO found the amount raised in the tax year ending 31 March 2014, was only £1bn, five times the original forecast by HMRC.

All bets are off with HMRC
UK Tax Accountant's Favourite Dodgy Tax Expense Claims
Tax Payer Confidentiality: Are HMRC about to sell your tax data?