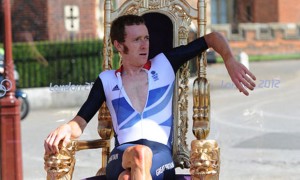 The fine details of a major package of measures to cut tax avoidance/evasion and recover unpaid tax, which was announced as part of the Autumn Statement, have finally been published.

Together these changes, most of which came into force on 6th April 2014, have been estimated by the Chancellor to increase government receipts by £9bn over the next five years; so what are the key features, which are likely to affect a large number of people, including Messrs Wiggins and Barlow:

Loopholes we cover are:

The chancellor will be bringing in changes in an attempt to prevent employment agencies being used to avoid employment taxes and obligations by disguising employment as self-employment. My first thoughts were that this sounded like a further attack on personal service companies (one-man limited companies), however having read the fine print it is clear that HMRC are targeting agencies.

If you work through an agency you are treated as self-employed if you pass the so-called “self-employment test”. One of the key parts of the test is the right to send someone else to do the job instead of you, known as the right of substitution. If there is a right of substitution, the company you work for does not have to pay employer National Insurance, saving 13.8% on all wages over a low threshold.

Some agencies have been using contracts which include a clause giving the individual a right of substitution, even though there is, in reality, no such right. The new rules will target the use of such contrived contracts, with the changes expected to net around £500m a year.

If you have used a marketed avoidance scheme which HMRC considers to be deliberate avoidance, they will now by-pass their normal procedures and immediately challenge the scheme in the courts. Usually one test case is selected, with the rest, known as “followers” by HMRC, waiting to see what happens. The followers will normally retain the benefit of the tax saving, with HMRC having to recover the tax later, assuming they win.

One such case is the Twofold First Services Cayman Islands scheme, which includes amongst its members Sports Personality of the year Bradley Wiggins and Coronation Street actor Bill Roache who plays Ken Barlow. This offshore scheme has been branded “abusive & artificial”, by the Treasury and was fast-tracked through the legal system to shut it down.

George Osborne is also bringing in new rules which include three important changes. Firstly, if the scheme is defeated at any stage in the courts, followers will be asked to concede their case. If they don’t, usually because they hope the test case will succeed on appeal, they will be charged a penalty if the test case is eventually lost on the same point of law.

Secondly, once HMRC have won in the courts, the followers who do not concede will have to pay over the tax which has been avoided, even though the test case itself appeals to a higher court.

Thirdly, George Osborne will be tightening the rules to prevent those using tax avoidance schemes gaining a cash-flow advantage while it is under challenge.

New rules will prevent a charity from being entitled to claim charity tax reliefs, such as Gift Aid, if tax avoidance is one of the main purposes of establishing the charity. The definition of a charity for tax purposes will also be amended to exclude such charities and is a response to the tax avoidance scheme known as the “Cup Trust”. 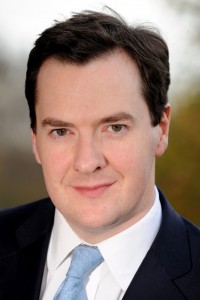 The Cup Trust, set up by tax avoidance expert Matthew Jenner is a legally registered charity and borrowed money with which it purchased bonds, which were then sold to rich individuals at a price well below market value. The individuals sold the bonds at market value and donated the proceeds to the Cup Trust and were then entitled to claim gift aid relief on their donations.

Under the gift aid rules, the Cup Trust is entitled to claim back the basic rate tax paid by the donors on those gifts and thusfar has submitted Gift Aid claims to HMRC of £46m, whilst only donating £135,000 to good causes.

In recent years there has been a surge in the number of planning arrangements under which a company becomes a member of a partnership, with the intention being to artificially reduce tax rates for the other partners. The new rules will effectively end this practice.