HMRC rake in the money

HMRC has announced that it has increased its tax take in the tax year to 5th April 2014 by £3.2bn, 15% up on the previous year and resulting in a record £23.9bn from their crackdown on unpaid tax.

The massive the haul was significantly boosted as a result of HMRC diverting significant resources on a crackdown on tax avoidance schemes, both large scale and small. The clawback of tax resulting from these schemes broke down as nearly £9bn from large businesses, £1.5bn from criminals and £3bn from various court and tax tribunal cases.

David Gauke, exchequer secretary to the Treasury, said: “We set HMRC ambitious targets to increase its yield and the figures published today demonstrate that HMRC is successfully meeting these challenges. It also sends a clear signal that HMRC will pursue those seeking to avoid their responsibilities and will collect the taxes that are due.”

The record figure is nearly £1bn higher than the target set by George Osborne in the Autumn Statement in December and the Treasury has now given tax officials new goals. HMRC have been set a target of an extra £24.5bn in the year to 5th April 2015 and £26.3bn for the following year. Overall, HMRC are now expected to secure a figure of at least £100bn between 2010 and 2015 as a result of its investigations into unpaid tax.

HMRC has also stepped up efforts to publicise the results of its tax avoidance work in response to criticism from MPs last December. MPs on the Public Accounts Committee (PAC) accused it of not using all the sanctions at its disposal to pursue unpaid tax. “In pursuing unpaid tax, HMRC has not clearly demonstrated that it is on the side of the majority of taxpayers who pay their taxes in full,” the MPs said. 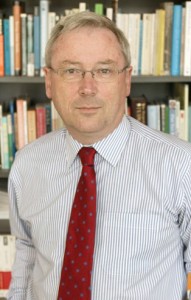 Not Everyone Agrees With Inland Revenue’s Numbers

However leading tax campaigner Richard Murphy queried the figures. He said claiming that the additional tax yield was the result of new tax legislation and tax compliance activity was “political fantasy” and a PR department’s figment of the imagination.

“So what we actually have, it seems, are relatively small tax recoveries and massive claims for the impact of new tax legislation in deterring tax avoidance and evasion. It is hard enough estimating tax gaps well (and HMRC have a poor record in this regard) but it’s nigh on impossible to estimate the impact of new legislation, whatever HMRC would like to claim. The result is that at best this number is simply made up and at worst the whole basis of this claim is bogus.”

So who do we believe, Richard Murphy or David Gauke? Well in my opinion, it’s a bit of both; there is no doubt that HMRC have been much more successful recently in closing aggressive tax avoidance schemes and their success rate at court has improved dramatically, that being said I strongly suspect that the figures have been padded somewhat.

To counter the sceptics, HMRC & HM Treasury have jointly just published a ten page report “, HMRC fast facts: record revenues for the UK. The report provides an overview of HMRC’s compliance activities and highlights the actions HMRC has taken to tackle tax avoidance, including launching taskforces, publishing the details of deliberate and serious defaulters and challenging tax avoidance through the courts.

It also provides information on planned future steps as the tax authority continues its fight against those who try to cheat the system, including tackling high-risk promoters, aggressively pursuing employment and offshore tax avoidance and issuing accelerated payments for users of tax avoidance schemes.

To read the report yourself and make up your own mind, please follow this link: https://www.gov.uk/government/publications/hmrc-fast-facts-record-revenues-for-the-uk

David Jones is the Senior Partner and Founder of Morgan Jones & Company. Born in Liverpool and an Accountancy graduate of the University of Wolverhampton, David spent twenty years working for the Customs & Excise in London then Shrewsbury before starting his own business. David’s depth of knowledge of the UK tax system and his ability to communicate this learning has seen Morgan Jones & Company grow into Shropshire’s most respected Accountancy Practice. Email David
Share Tweet

What Can you claim Income Tax Relief on
HMRC fails to claw back child benefit
UK Tax Questions Answered by Shrewsbury Accountant No. 30