The Spammers are at it again:

In recent weeks the number of malicious spam emails (Malware) seems to have been on the increase. I’ve had emails purporting to come from HMRC asking me to claim a refund and others from various banks asking me to change my password by entering in my personal details.

Luckily, these are relatively easy to spot as Malware, particularly as my computer’s security settings are set at maximum and I have scheduled daily deep scans; but yesterday I got a clever little email from someone claiming to be a prospective new client.

My virus scanner intercepted a virus contained in a Word document attached to an e-mail purporting to be from a Julia Barnes. The email read as follows:

Thanks to my friends on the accountants’ internet forum Accountingweb, I had been warned the day before that this is a particularly nasty piece of Malware and the unequivocal advice given was “ DO NOT OPEN THE E-MAIL OR THE ATTACHMENT – JUST DELETE IT TO PREVENT INFECTION”.

So if you’re in business and get anything similar asking you for a quotation, block the sender and delete the message.
For other scams using HMRC name

In late January I tried to submit a number of Tax Returns to HMRC just before the 31st deadline. There were repeated “submission failed” responses and these were accompanied by incomprehensible error descriptions and finally the online submission system informed me that “this service is not available, please try later”.

Assuming an overload due to late submission, I tried repeatedly over the following two days with the same response and when I tried to invoke the Help facility, I was rewarded with an error message and a string of diagnostic information.

Eventually on 3rd February, having changed no entries, the submission was accepted. Subsequently the clients involved all received late submission penalties, so I appealed

Initially the appeals were rejected but ultimately, having made an official complaint, HMRC’s technical branch became interested and agreed to investigate. They asked for details of my experience, copies of error messages etcetera and eventually admitted there appeared to be a system error.

Last week, the clients involved all received letters from HMRC, not apologising, but simply stating that “exceptionally” they had agreed to waive the penalty.

I accept that things can go wrong in any organisation, but I had to fight tooth & nail before HMRC finally admitted Four months later! that they were at fault. And if you think that I have any chance of being compensated for my raised blood pressure and the dozens of man hours spent on the appeals, you must live in cloud cuckoo land!

For other HMRC Online issues visit this blog

June seems to come round with alarming regularity, and with it the annual dash to get P11D returns filed. Once again I’m left with a feeling that most of them are probably wrong.

Okay, I am sure we get the company cars and medical insurance right, but as always it’s easier to get blood out of a stone than extract expenses payments details from most clients. I know, they should have dispensations and those that know that have them. Unfortunately too many businesses don’t know the rules which are complex and can vary from firm to firm, depending upon an individual’s personal circumstances.

All is not lost as this year’s Budget contained the good news that Treasury is going to review the whole benefit in kind system, with the stated aim of making it simple (I seem to have heard that before!). George Osborne even hinted that he may get rid of expense reimbursement reporting altogether; let’s hope he does so before the 2014-15 returns are due. 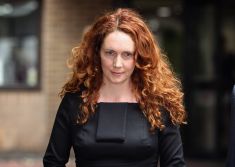 You can’t have missed the news that the most famous redhead in the land, with the possible exception of Prince Harry, has been acquitted of all charges in the phone hacking trial.

The flame haired amazonian has demonstrated a remarkable ability to turn, what appeared to be a lost situation into a winning one and is now looking for a new challenge, so I have a suggestion.

After the recent debacles with the England national teams, Rugby Union, Football and now Cricket, perhaps she should be considered for a Head Coaching role, she could hardly do worse than the present incumbents!