Is Your Local Tax Office a thing of the past? 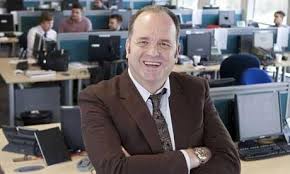 It would appear that we have finally reached what looks like the end-game in HMRC’s journey from dealing with taxpayers through a network of local offices, to a one-size-fits-all national service, with their recent announcement that it is in the process of closing all of its 281 walk-in tax enquiry offices nationwide. HMRC are replacing them with a specialised telephone service and a reduced face-to-face service of “mobile advisers” for people who need extra help with their taxes, following a six month trial of the scheme in the North East region

On 2nd June 2014, the new service is being rolled out nationally with the claim that expert advisers will be available to resolve issues on the ‘phone, if necessary in great depth, backed up by teams of mobile advisers for those who need a face-to-face service.

This all sounds hunky-dory in theory, but haven’t we had mobile tax teams before in the 90’s? As I recall, that scheme floundered because of a funding crises when HMRC staff were not been allowed to travel at all, so the new scheme probably looks a lot better on paper, than it will be in reality.

HMRC claim that the new service will be more efficient because only a “very small minority” of HMRC’s 40 million customers ever use one of the enquiry centres, with demand down to around two million visitors in 2013. This will apparently save them £27m a year and apparently the new service will save customers around £17m a year in lost time and travel costs; but how they arrived at this figure is beyond me.

The Civil Service union the PCS, which has about 60,000 members at HMRC, said the closure of the offices will “abandon” vulnerable taxpayers and is only being introduced to save money. The PCS said that the office closures will mean more than 2.5 million pensioners; vulnerable workers and tax credit claimants will lose a vital service, and put the jobs of several thousand low paid, skilled workers at risk.

In fact HMRC have already announced a voluntary exit scheme for 500 more admin assistant grade staff across 70 offices, as part of wider plans to cut 10,000 jobs from the department by March 2016. “HMRC has failed to make the case for closing these offices that provide a lifeline for vulnerable taxpayers,” PCS general secretary Mark Serwotka said. “These closures seriously undermine the government’s claim it wants to ensure people pay their taxes, and it makes no economic sense to continue cutting jobs from the very department that collects the revenue that funds the public services we all rely on.”

Somewhat surprisingly, The Low Incomes Tax Reform Group (LITRG), part of the Chartered Institute of Taxation, broadly supported the new tax enquiry service but said that the pilot showed difficulties with access to the new service which “must be resolved before it can be called a better service than that which it replaces”.

The LITRG cited poor call-handling performance, the need for alternative access for those who cannot use the telephone and suggested that significant resources would have to be made available to the voluntary sector, especially the Citizens Advice Bureaus, to take on the extra work that will come their way as a result of the enquiry centre closures.

Now many things had changed over the years since the first Surveyors of Taxes were appointed two hundred years ago, and it could be argued that a system set up when the surveyor rode a horse (and was allowed the expenses of its upkeep) might not be the best option for the digital age.

Bringing The Tax Service into the 21st Century

The main issue is that HMRC, in addressing the problems of bringing its service and access to them into the 21st century, has been far too keen to rearrange things for its own administrative convenience and rather ignored the needs of the taxpayers (apart from insultingly calling them “customers”) and indeed its own staff. 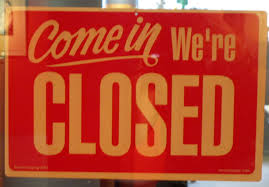 Over the last few years many taxpayers, and bear in mind that many of those with slightly complicated affairs are the elderly with more than one pension, have been at a loss as to how to contact HMRC as the offices they knew kept on changing or restricting the hours they were open; only to eventually disappear and the call centres proved very difficult to contact by phone.

And even when you got there you might not get the right answer. There is a problem in that the ordinary taxpayer may not be able to explain over the phone exactly what the problem is in words that the HMRC person can understand: As ever, professionals and the laity do not always speak the same language. Face-to-face contact and being able to see papers can solve that.

Ruth Owen, HMRC’s director general for personal tax, said: “Our Enquiry Centres offer a great service to those who can reach them, but they are spread unevenly across the UK, the number of people using them continues to fall, and our research shows that the majority of customers who do use them don’t actually need to”

This may well be true, but it’s a rather arrogant justification for closing down every local office. My own experience with HMRC’s call centres (and in my profession I use them a lot) is a long wait to actually speak to someone only to find a distinct lack of competence in the person who eventually deigns to speak with you.

A slightly confused pensioner with a shopping bag full of tax and pension papers is not best served by a call centre and this assumes the OAP has a ‘phone, which many do not.

If the numbers and competence of call centre staff improves and the mobile teams of advisers make it clear in the local media where and when they will be in your area, then the scheme has a fighting chance of being successful. However this does assume that the scheme is fully funded and not subject to the arbitrary cuts of recent years, personally I have my doubts!