Windows XP is on its deathbed and will be sadly missed 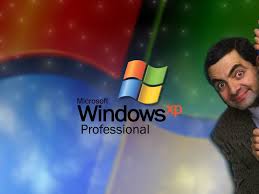 Support for the venerable Windows XP operating system ended Tuesday 8th April. This means that there will be no more official security updates and bug fixes for the operating system from Microsoft.

Microsoft’s own statistics show that a quarter of all users have stuck with XP despite the fact that there have been three major releases of Windows since its debut in 2001; and you have to ask yourself why? Well the basic reason is the XP is simple to use and incredibly stable and with the botched launch of many of the new systems by Microsoft, most firms and governments have worked on the principle of “If it aint broke, don’t fix it”.

Even EU Government has Resisted Change

Many governments, including our own, have negotiated extended support contracts for the operating system in a bid to keep users protected, but security experts have warned that anyone else using the 13-year-old software would be at increased risk of infection and compromise by cyber-thieves.

The UK government has agreed multi-million pound deal for extended support, as have the Dutch government and many others in Europe. It is estimated that nearly half a million computers are still being used by Europe’s civil servants. And it isn’t just governments who have a problem; 20% of the world’s cash machines are still believed to be running Windows XP.

Dave Emm, a senior analyst at security firm Kaspersky said, anyone currently running Windows XP already faced a disproportionate risk of falling victim to malware. “Our data indicates that approximately one fifth of our customers run Windows XP but more than a third of infections are Windows XP-based”. He also stated that the last security patch for Windows XP has just been released and this final patch will fix a series of bugs, one of which is rated as critical and is already being actively exploited despite only being discovered a month ago.

“Effectively, every vulnerability discovered after 8th April will become a zero-day vulnerability, in other words one for which there is not and never will be, a patch”.

Windows XP users topped the list of victims cyber-thieves targeted, said Maik Morgenstern and Andreas Marx from the German AV-Test group, which rates and ranks security software. “Malware writers go for the low hanging fruits because it’s a lot easier to infect systems running on an old Windows XP operating system compared to brand-new Windows 8.1, with all its built-in security features,” they said. “We think we will see a lot of attacks for Windows XP within the next few months, but attackers will also always add exploits for other Windows systems just to catch those systems as well.”

The trouble is that millions worldwide have stuck with XP and ignored newer versions of Windows and are reluctant to switch even now for many reasons. Largely its complacency “it still works and it’s easy to use so why bother”, is the comment most often heard. The other main reason for not switching is the cost, which can be significant, which is why many governments who are trying to cut expenditure are reluctant to spend hundreds of millions when their existing computers still work.

At Morgan Jones, we were forced to change our hardware as well as our Windows operating system because our accountancy software provider Sage informed us 3 months ago that their software would only work on Windows 7 or 8 from the 6thApril 2014. It costs us nearly £10,000 for new faster machines needed to operate the OS and the various Microsoft licences and we are only a small firm. 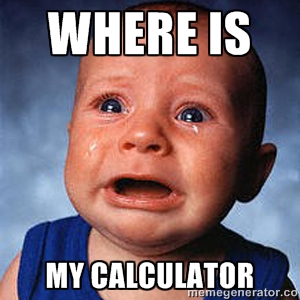 David isn’t quite as upset as when Eric passed away

Regretfully it isn’t just Sage that have pulled the plug, the majority of the big software companies have done the same or are about to do so; and to make it worse, the big anti-virus software companies such as Norton, Avast and AVG are also withdrawing support, not just because of Microsoft but because many other products were written in old programming languages that make them expensive to maintain and update.

So you have been warned, if you don’t get out your chequebook or credit card very soon, your existing software will increasing stop working properly and it will only be a matter of time before your machine is attacked and you won’t have any defence.

9 Bizarre excuses for filing company accounts late
What Can you claim Income Tax Relief on
Coronavirus: Pubs stumble down the road to recovery