A piece of news that may have escaped you (it did me at the time!) occurred on 25th February this year, when Ben Gummer MP, a rising star Tory backbencher who has been campaigning on tax transparency,  proposed  a Commons Bill that would change the name of National Insurance to Earnings Tax.

What difference would a name change make, I hear you cry; well now that the Bill has been published it has been revealed that the Bill’s real purpose is for the name change to be the first step towards merging Income Tax with National Insurance.

The Chancellor of the Exchequer has indicated his support for the proposal to ditch NIC in favour of an Earnings Tax; however this does beg a number of questions.

When David Lloyd George’s Liberal administration invented NIC in 1912, they probably had no idea of the trouble that they would cause future generations. Strangely, this so-called none-tax celebrated its centenary remarkably quietly two years ago even though it has proved a wonderful money-spinner for governments of every hue in recent times.

In truth, NIC has long been a tax in every sense but its name. Indeed, most of us will have forgotten the contributory principle that led to its initial introduction. The scheme was originally an insurance policy whereby people invested every week in the hope that they would eventually get a worthwhile pension from the state when they retired and possibly other benefits during their working lives.

Nowadays, the link between the contributions and benefits has virtually ceased to exist, leaving behind an additional tax that, if nothing else, deliberately understates the true rate of tax that individuals and companies are obliged to stump up.

In the words of baby-faced Ben Gummer MP, the Earnings Tax will increase transparency. This appears to show a remarkable level of naiveté, unusual even in the ranks of backbenchers. Quite how changing a familiar name to an unfamiliar one should make things more transparent baffles me. It is actually worse than that because we already have a perfectly good earnings tax known as Income Tax or if you prefer PAYE.

To get true transparency is very simple; one would simply have to abolish NIC, as has been suggested by the Office of Tax Simplification. In order to do this, the rate of Income Tax would have to increase, but strangely, the less well-off would appear to suffer far more from such a change since they would leap 60% from a 20% rate of tax to 32%, while those at the top of the ladder would only slightly increase by 4% from 45% to 47%.

All of this leaves unanswered the question about what will happen to employer’s NIC. A straight abolition would be very welcome and almost certainly increase employment across the country. However, it would also leave the British economy looking like that of Greece or Cyprus on a bad day.

Another issue that has yet to be clarified is what will happen to Class 2 and Class 4 contributions that apply to self-employed income. These are theoretically applied to “self-employed earners” although arguably the income that they attack should not really be categorised as earnings at all but profits. Ditto amounts received by way of pension, which are currently exempt from NIC but chargeable to tax.

Perhaps the Chancellor’s cunning plan is to bring the equivalent of employer’s contributions to the self-employed and even pensioners. If so, there’s likely to be rioting in the streets with the possible scenario that Saga and Age Concern being labelled terrorist organisations! 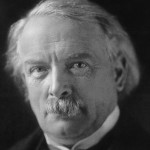 Without wishing to seem overly cynical (for a change) while the ditching of all that complex NIC legislation which nobody understands will be welcome, judging by recent precedent there seems little doubt in my mind that any replacement will be considerably more complex.

Then again, perhaps Mr O does want to be remembered as the reforming Chancellor who put a smile on to the faces of earners by abolishing the various classes of NIC and simplifying the tax system at no cost to the employed.  Indeed there would be scope for reducing the overall tax burden as merging the two taxes would get rid of thousands of bureaucrats, vast amounts of banking and other admin costs, thus saving the treasury hundreds of millions of pounds.

If so, we can all enthusiastically look forward to reading the details when this legislation eventually hits the statute books, perhaps in time for next year’s General Election.