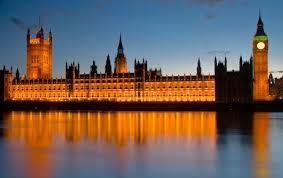 RTI came in for stinging criticism from a Parliamentary Committee last week, with HMRC urged to re-examine their application of its rules and to consider whether it was still “fit for purpose”.

But first a brief explanation of what IR35 is and what HMRC are trying “in theory” to achieve:

IR35 is tax legislation designed to tax “disguised employment” at the same rate as employment. A “disguised employee” means any worker who receives payments from a client via an intermediary and whose relationship with their client is such that had they been paid directly they would be considered employees of the client.

But it isn’t just Parliament that has criticised the legislation, the Professional Contractors Group (PCG), most accountancy bodies, employment agencies and taxation experts have also castigated HMRC for not only the legislation but also for the way in which they have interpreted and implemented it. The key criticisms levelled include:

How much revenue is actually raised by RTI?

Based on 2010/11 data, HMRC estimate £550m tax and NIC is at risk in the event that IR35 was abolished or suspended. comprising an exchequer yield of £30m and exchequer protection of £520m.

Giving evidence on behalf of HMRC’s direct business tax team in February, Peter Lumb said HMRC considered that if IR35 were removed about 220,000 directors would take more of their income as dividends, reducing their tax and NIC bills by about £500 each. In addition, about 55,000 people who are now directly employed would provide their services through a Personal Services Company (PSC), reducing their liabilities by about £8,000 each.

Asked whether HMRC was engaging in anything more than guesswork, Lumb cited limited research conducted by the Office of Tax Simplification (OTS) and HMRC’s own evidence on tax-motivated incorporation, but added that “there is quite a lot of uncertainty in the evidence base for this costing”.

Committee chairman Baroness Noakes said the real purpose of IR35 was to stop contractors paying themselves dividends free of NICs and rather than do this by changing the NIC rules, the government had introduced “the cack-handed employment status tests we have today”.

The initial regulatory impact assessment for IR35 in 1999 stated that HMRC expected the measure to generate £220m per year in NI contributions and a further £80 million in Income Tax.

In 2004 Treasury Minister Dawn Primarolo was asked about additional revenue secured from investigations under IR35. She replied that “Establishing whether or not the intermediaries legislation applies is undertaken as part of HMRC’s Employer Compliance Review programme. As such it is not possible with any accuracy to isolate data relating solely to this legislation.” In other words, she didn’t have a clue.

In May 2009 the PCG received a reply to a request under the Freedom of Information Act (FOI) to HMRC, asking just how much tax revenue IR35 had in fact raised for the exchequer. The FOI reply revealed that in the tax years 2002/03 to 2007/08, IR35 directly raised just £9.2 million. This equates to an average of around only £1.5 million per tax year, less than 1% of the expected amount. In September 2011 the same question was asked and the answer revealed that the tax yield had fallen to just £219,180; but no details are given for the costs of the investigations or the costs of collecting the tax. The PCG then revealed that it had undertaken 1468 appeals for IR35 and had lost just 6 of them.

So why are HMRC seemingly desperate to cling on to this unpopular tax legislation? The only answer they’ve given that makes any sense is that with IR35 in place it discourages blatant abuse. As the 2011 FOI answer also revealed that the number of cases reviewed by HMRC had fallen to 12 in year ending April 2010, you are left wondering, why are they bothering?

13 Unusual Excuses as to why a Tax Return was late
Self Assessment Payment: HMRC will soon not accept Credit Cards
Challenging Tax Penalties