HMRC claim RTI is working despite its Difficulties

Despite mistakenly sending late filing alerts to over 400,000 businesses earlier this month, HMRC’s head of personal tax has made a statement to reassure firms that the real time reporting system for PAYE or RTI, is working as it should.

RTI boiled back to the surface on 7th February when hundreds of accountants reported huge numbers of late filing alerts from the RTI generic notification system (GNS), when as far as they were concerned they had filed correct returns for the period to 5th February. Apparently my profession was merely the tip of an iceberg, as thousands of companies and advisers called software suppliers and HMRC to find out what they were supposed to do.

For those lucky few who were able to get through, the helpful advice from HMRC’s advice-line was to ignore the messages. Then a few days later, HMRC announced that because of teething troubles around the RTI systems, the department would suspend automatic penalties for late filing until October 2014, with automatic penalties for late payment not now kicking in until April 2015. This effectively extended the RTI bedding-in period by an extra year. Employers who pay late under RTI between now and October, however, will be charged interest on the outstanding sums. 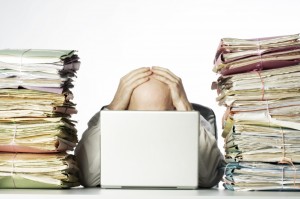 Against the backdrop of continuing huge level of mistakes HMRC’s director general for personal tax, Ruth Owen, faced the cameras to discuss the various issues raised by accountants and individual businesses.

Answering the first and most basic question about whether RTI was actually working, she said: “I think RTI is working very well. We’ve now had 30m submissions. We’ve got 99% of employer records being reported in real time. Our research is saying customers are getting used to it. So 70% are saying it is now easier to deal with RTI, or much better than they thought it would be; 82% of people are now reporting on or before and that’s increasing month by month. Given the scale of the changes to PAYE, I think it is working”.

“We always recognised this year would be a transitional year in terms of dealing with 1.8m businesses and their accountants and HMRC’s systems all needing to fit together and work together. It would never be a year without issue, but generally it has worked. Where we have had problems, and we have, we’ve tried to be honest about that and have listened to what customers have been saying, and we’ll work with anyone to resolve them.”

Owen then admitted that the 400,000 late filing notices shouldn’t have been sent as HMRC had already decided to suspend the GNS messages, but they still went out because “we didn’t get to the system quickly enough to stop them”.

She said that her department had themselves been shocked at the sheer number and variety of teething troubles that blighted RTI, which in turn had triggered vast numbers of calls from businesses and accountants. Owen then identified four main issues and gave an overview of the causes behind them:

The 420,000 duplicated records created during the past year is the most significant issue, and could potentially threaten the end of year reconciliations in April, with the real possibility of a huge backlog of potentially 6m PAYE coding errors.

Once again Owen ate humble pie and admitted; “We know it happens. We’ve now programmed the system to spot it so they don’t actually impact on people’s tax. I accept that if you try and sort out your payroll at the end of the pay period and if it’s not working for you or when you log in to your dashboard and you’re not recognising the figures HMRC is paying back to you, it must feel very frustrating and I am sorry to anyone experiencing difficulties”.

Whilst it is nice to see a senior tax official being contrite and actually apologising, neither I, nor many in my profession, believe they will get their house in order quickly and I look at the rapidly approaching end of the tax year next month with trepidation; as this is when the true level of the PAYE coding errors will become apparent.

HMRC con Businesses out of Employment Allowance
Want to know why Google pays so Little Tax?
The coronavirus threat to business