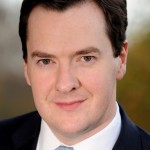 It’s been a long-time coming, but at last savers have something to cheer about with changes to the restrictions on tax-free savings accounts or ISA’s. From 1st July 2014 the maximum you can save each year in an ISA will rise to £15,000 from £11,520 and what’s more, all of this can be saved as cash, a major change from the current rules that limit savings in cash to £5,760. Also, the limit for Junior ISA’s will be raised to £4,000

Finally, a major blow has been struck to the annuities industry that has come in for huge criticism from pensioners, politicians and the media alike for their failure to offer value for money to pensioners with very poor rates. From April 2015 all individuals, except those remaining few on final salary schemes, will be able to access the whole of their pension pot and spend it when and how they like, without paying massive tax charges.

At present, savers get 25% of their pension pot tax free, but if they take the rest as a lump sum they pay a 55% tax charge on it. The new rules reduce this tax charge to 20% for basic rate taxpayers. Also, individuals with pension pots worth less than £30,000 will be able to take their pension pots as lump sums from the end of this month, rather than having to buy an annuity.

Finally, a new “Pensioner Bond” paying market-leading rates, will be available from January to anyone over 65, with rates of 2.8% for one-year bonds and 4% for three-year bonds, with up to £10,000 able to be saved in each bond

UK passengers on most long-haul flights will now to pay less tax following a revamp of Air Passenger Duty.

Also the fuel duty rise due in September has been cancelled.

The alcohol duty escalator has been scrapped, so whisky, spirits and regular-strength cider which will have its duty frozen and a penny a pint has been lopped off beer duty.

Also parents will be given up to £2,000 help towards the costs of childcare, with the first £10,000 parents spend on childcare for each child under 12 will effectively be free from basic rate tax, so £10,000 of childcare will actually cost £8,000. It is calculated that 2 million families will be eligible for the scheme.

Tobacco will see the duty on it rise at 2% above inflation for the next 6 years, which means that the average packet of fags will now cost 28p more.

The chancellor has also increased the duty on the notorious fixed-odds betting machines in bookmakers’, to 25%.

Whilst middle-earners will see their personal allowance go up, there is less good news regarding the 40% tax rate. Most pundits forecasted a big increase in the threshold at which 40% tax begins to be charged, but people were left bitterly disappointed by the miserly 1% rise for this and next year. This is expected to bring hundreds of thousands more people into the 40p tax bracket now that wage rises are predicted to start rising above inflation. 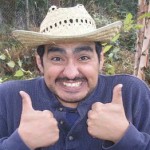 So, have you been a winner?

There has been a recent sharp rise in people buying properties through so-called “corporate envelopes” to avoid paying stamp duty, with many left empty or under-used. To try and combat this, stamp duty of 15% will be payable on any such property worth more than £500,000.

Those insurers involved in the retirement industry have seen massive drops in their share prices in the last couple of days following the announcement on pensions. The lifting of restrictions on how much people can take from their pensions could sound a death knell for annuities, with companies such as L&G, Prudential, Partnership and Aviva being hit the hardest.

If any of you would like more detailed information on any aspect of the 2014 budget, send me an e:mail and I’ll be pleased to advise further.

Tax Changes To Income from Property
Making Tax Digital - What its going to cost you!
What are HMRC doing about Vulnerable taxpayers?