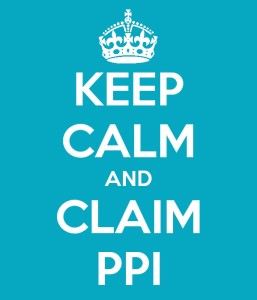 & then make sure you pay tax on it

As I predicted last year, the tax treatment of awards for miss-sold payment protection insurance (PPI) is causing trouble for many individuals as they prepare their self assessment tax returns.

The actual rules that HMRC applies are reasonably straightforward: if a taxpayer’s claim for compensation is upheld, they will get a refund of all premiums paid, the interest they have paid on the premium if it was added to their loan, plus simple interest at 8%.

Whilst the principle behind the compensation agreement is to return the claimant to the position they would have been in if they had never taken out the policy, the 8% interest is taxable and must be declared to HMRC or included on one’s self assessment tax return.

The 8% PPI interest award is a potential trap for the unwary at self assessment time as HMRC is very likely to have the information on who has received repayments and interest. I can vouch for this as in the last two weeks alone, when I asked the question those of my clients who had a made a claim, none had included the details with their records and documents and were shocked to learn that it was taxable.

For any qualified accountant, the code for professional conduct in relation to taxation is very clear: if the accountant is aware of a compensation award he or she is obliged to put that income on the return, whether or not HMRC knows about it.

As to whether or not HMRC has information on PPI rewards, my research indicates that this is most likely to be the case. Banks pass HMRC information on all interest paid on normal accounts and I can’t imagine that the 8%PPI interest will be any different.

Given the hundreds of thousands of claims being paid out, together with accompanying interest, HMRC would be failing to collect tax on a major scale if it did not seek out the relevant information and match it to tax returns. There is also no doubt in my mind that the Treasury are likely to put together a special unit to match up PPI refunds with declarations on tax returns. Any recipient of such an award, who has no declared it to HMRC, is highly likely to be selected for further investigation, with the strong probability of non-disclosure penalties and back-dated daily interest, which may prove significant.

In practical terms, omitting PPI interest payments from the return by accident or design carries a risk that is not worth the repercussions. HMRC could open an aspect enquiry on the one thing they know is wrong on a return, but use it as justification for opening a full enquiry and even if they find nothing else; it’s a lot of hassle for you over a relatively small amount of tax.

For those of you who have already sent in your tax returns and “forgotten” to include the PPI interest, all is not lost. If a mistake has been made, HMRC will allow a corrected return to be sent in, as long as it’s within 12 months of the original submission. You will not be given a penalty, but may be charged a small amount of interest.