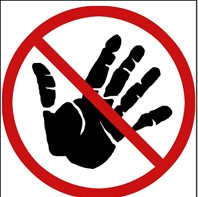 Tell HMRC to keep their hands off your money

Every few weeks I try to provide you with a number of interesting and hopefully relevant snippets regarding tax and how to possibly avoid it; here are the latest bits of news from HMRC, tax tribunals and my friends in the accountancy cloud:

If you are self-employed and work from your home, you may feel safe in the belief that the costs you incur in travelling to other places of business are tax deductible. But watch out – life may not be quite so straightforward!

In a recent case a doctor, who earned most of his income from private practice, saw patients in hired consulting rooms at two private hospitals and he had a home-based office where he carried out essential work. As a result he considered his self-employed business was based at his home and claimed 65% of his total mileage as a business cost. HMRC took issue with this and wanted to reduce the deductible amount to 6%. HMRC argued that the miles driven by the doctor were to a habitual place of work and therefore not allowable. The doctor is currently appealing against the Tax Tribunal’s ruling.
The problem is that if you drive from home to a regular place of work, week in week out, even when HMRC consider you to be self-employed, they have the power to restrict your claim for motoring costs. If however, your journeys are to clients business premises or don’t fall in to a regular pattern, you should be safe.

If you earn less than £5,725 pa (2013/14 tax year) from your self-employment you are entitled to claim the small earnings exception and not pay any Class 2 NIC for the year. At £2.70 a week this is a yearly saving of £140.40 in National Insurance. However, if you have no other earnings and are not entitled to NIC credits, you may wish to pay Class 2 contributions voluntarily to preserve entitlement to the state pension.

Although business gifts are not deductible as a general rule, there are exceptions for small gifts that carry a advertisement for the trader, such as a branded diary, mouse mat or pen. However, for a deduction to be allowable the gift must not be food, drink or tobacco and the cost of all gifts to the recipient in the tax year is capped at £50. A deduction can also be claimed for the cost of free samples given to the public.

If you rent out a room within your own property then you can claim the rent-a-room relief of £4,250. This can be claimed against the rental income as an alternative to claiming the expenses incurred in letting the room out and in many cases this eliminates the tax charge entirely, just for ticking a box on the Tax Return form.

You can’t normally claim the annual investment allowance for a car; in other words, write off the entire cost in one year against profit. However, HMRC have now agreed that between 1 April 2013 and 31 March 2015, you can claim full relief for expenditure on a car in the year of purchase if you buy a low emission car, however, the CO2 emissions must be 95 g/km or less. Unfortunately, if you’re new car has emissions of over 95g/km but not more than 130g/km, you can only write it down at 18% pa and if you drive a huge gas-guzzler with over 130g/km, they are restricted to 8% pa.

Largely as a result of the shortage of properties for private renting, HMRC have announced a concession if you rent out a property, which was at one time your PPR (Principal Place of Residence). The Relief can be worth up to £40,000 against the gain realised on the disposal of a property. Also, this relief is per person, so if property is held jointly it can attract up to £80,000 relief.

This is a little known bit of tax relief concerning SMP (Statutory Maternity Pay). The Initial rate of SMP is a percentage of average salary, the calculation of which can include any back dated payrise or bonus paid during the 8 qualifying weeks for SMP assessment.

The tax relief arises from the fact that SMP is rebated against the employer’s PAYE/NI bill, and can be greatly enhanced by a correctly timed bonus. With a nod and a wink from your employer, you can take a lower bonus during the qualifying period and HMRC will top it up to the full rate of SMP. And don’t forget, an employer could well be a small limited company run by a husband and wife team. In this scenario any bonus will be entirely at the discretion of the company (which you control); thus the low level of remuneration just happens to coincide with the period when HMRC will magnify it by about 60% at low cost to the employer, which will broadly give a reduction in the effective rate of PAYE from 40%+ to single figures.

And remember, this is not any form of so-called dodgy tax avoidance, as you’re not avoiding tax, you’re merely maximising payment of a state benefit and it’s completely within the rules. So if you’re thinking of adding to your brood, this is where family planning can really pay off, with the built in consolation bonus that if the pregnancy doesn’t happen, at least you’ve had a lot of enjoyment from trying!