HMRC makes you sick (especially if you work for them)

Recently published figures show that staff are quitting HMRC in their highest numbers for five years, as HMRC comes under growing pressure to improve its performance. 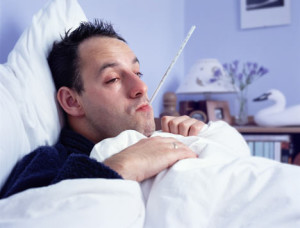 This is preferable to working at HMRC

Out of a total of 64,000 staff almost 2,000 resigned from HMRC in 2012-13. That doesn’t sound like much but in a job thought of as a sinecure, with one of the best final salary pensions available, it  is a considerable number  and the highest number  of resignations for 5 years.

Roy Maugham, tax partner at leading accountancy firm UHY Hacker Young, said, “In the last couple of years, HMRC has suffered heavy losses in personnel. This latest increase in resignations is not good news for HMRC or the taxpayer, at a time when its effectiveness and quality of service are under intense scrutiny. HMRC has come in for some stinging criticism recently over its performance and it seems to be taking some time for staff morale to be restored.”

HMRC is under tremendous pressure from the government to target tax evasion and avoidance that it has been forced to shift an ever increasing proportion of its budget towards dealing with enforcement, and so it has less capacity to deal with “run of the mill enquiries” from taxpayers.

Staff resignations have hit hard at the very top of HMRC, with a dozen very senior civil servants quitting this year, the highest number for nearly ten years.

Most of those who quit worked in personal tax (1,400 resignations). The benefits and credits department also saw a massive increase in staff quitting, with more than four times the number of resignations compared to the previous year (400 in 2012-13 versus 100 in 2011-12).

Sadly, the problem is made worse because it’s generally the good staff that leave while the incompetent ones remain.

In a statement to AccountingWEB, HMRC said: “Like all large organisations, it is inevitable that some of HMRC’s 64,000 staff will leave or retire, whilst others will join. This has not affected performance – the most accurate measure of the tax gap shows it is going down, last year’s yield was our biggest ever, and we carried out over 700 prosecutions. Since 2010 almost £1bn has been invested in HMRC to police the tax rules and more people are employed in our compliance posts than before.

“The popularity of our on-line services has enabled us to move staff away from the mass processing work of the past into more specialised and skilled work of tackling evasion and avoidance.”

Since the merger between the Customs & Excise and the Inland Revenue in 2005, staff morale at HMRC has consistently been the lowest of Whitehall departments. Also, In the past few years, HMRC staff have held a number of strikes in protest over changes to pension and job cuts.

So what does this mean for you and me? Well for a start it will be increasingly unlikely that any letters you write will be dealt with quickly. The shortest delay in responding to a letter averaged 5 weeks last year and in their busiest periods this stretched to over 8 weeks. My experience and that of everyone I’ve spoken to on the subject is that the quality and understanding of staff dealing with enquiries, both written and by ‘phone, has deteriorated rapidly in recent years

I am now convinced that HMRC have placed all of their poorly performing or downright incompetent staff into their call centres. My experience is whilst I have to concede that they might be good at fending off calls, as for doing anything useful or helpful it hasn’t happened to me to date. Contrast that with the old system where you could contact an inspector at the relevant tax office directly;  they resolved all queries/issues in minutes and responded to correspondence in days not months. It was a usually a genuine pleasure to speak to them and they invariably returned your call!! As Mary Hopkins once sang, “Those were the days…….”