Small Firms Hamstrung by the Banks 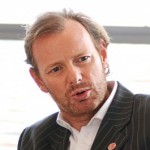 Millionaire tycoon Lawrence Tomlinson, entrepreneur in residence at the Department for Business, brought in by the Coalition to give expert advice, was under fire earlier this month by Labour for using the word “rape”, after he made a speech declaring that bankers had “raped” small businesses. He also claimed that the reason that our economy is still on the critical care list, was banks’ refusal to lend.

He went on to say:

“We need growth not greed; the banks couldn’t run a sweet shop. They’re not interested in lending and lots of people are too scared to talk because the banks have put them in a tight spot and financially raped them”

He then presented a detailed dossier to Business Secretary Vince Cable containing significant evidence that revealed many businesses had been deliberately put off from accessing finance before even being given the chance to apply.

The report also suggested that statements from the BBA (British Bankers Association), such as “80% of loan applications are accepted” were extremely misleading. It went on to reveal that some businesses had been put into financial distress due to being charged enormous fees and that invoice factoring has sometimes been “misused by banks to extract as much money from the business as possible, even if this means putting the business into administration”.

Tomlinson had also spoken at length to a number of former bankers, who admitted that these issues occurred on an institutional level, with one stating that he’d left RBS because he wasn’t prepared to apply “cruel, inhumane, non-commercial policies and decisions”. Tomlinson added:

“There is a complete lack of trust towards the banks, and in many cases, this is for a justifiable reason. This is coupled by an astonishing fear of the banks, no-one dares tell it as it is. It only takes the silence of a few good men for bad behaviour to triumph. How can we increase lending when there is this level of distrust and the message remains ‘business as usual’ in the banks?”

A spokesperson for Vince Cable said he found the report worrying, especially the reluctance among small businesses to speak out and that given that a number of the cases studies put forward in the report involved RBS, Cable has demanded that they be included in the bank’s independent review of lending to small firms. Also new Bank of England Governor Mark Carney, has expressed his concern at the lack of bank lending and has promised to make this one of his priorities.

The Banks Do Have Money To Lend

It is no surprise that Tomlinson’s outburst came the day after RBS chief Stephen Hester claimed the bank had £20billion it was desperate to lend,  but could not find any takers and that the bank was lending as much as they could. He also repeated the BBA claim that banks were approving 90% of ­applications from borrowers. 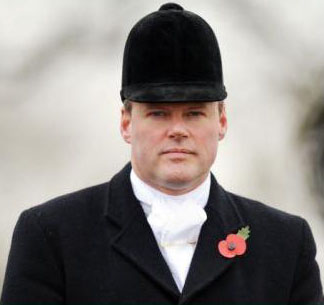 The truth is that a large number of businesses are desperate for finance to expand, but don’t ask their bank because they’ve been advised by their local manager that they’re not likely to be successful and a significant level of fees will be charged, even if the application is unsuccessful. So if small businesses don’t bother apply unless they get the nod from their manager, no wonder the BBA’s stats show an 80% success rate.

My experience over recent years with a variety of clients, both big and small, is that the banks appear to want you to prove that you don’t need the money before they’ll consider lending you any; or to put it another way, if the banks consider that there’s even the smallest risk of you failing, they pull up the drawbridge.

To paraphrase a popular analogy, the banks are more than happy to give you an umbrella when the sun’s shining, but quickly snatch it back at the slightest hint of rain. So come on Vince, why don’t you and Mark Carney put the boot into the banks and force them to be more flexible.

David Jones is the Senior Partner and Founder of Morgan Jones & Company. Born in Liverpool and a graduate of Liverpool Collegiate Grammar School, David spent twenty years working for the Customs & Excise in London then Shrewsbury before starting his own business. David’s depth of knowledge of the UK tax system and his ability to communicate this learning has seen Morgan Jones & Company grow into Shropshire’s most respected Accountancy Practice. Email David