Will the new GAAR legislation work? 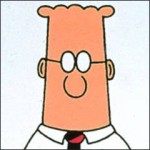 Will the New GAAR regulations make any difference

The new General Anti-Abuse Rules (GAAR) came into force on 17 July 2013. They are intended to be the Government’s main approach to managing the risk of tax avoidance. It has been introduced to strengthen HMRC’s anti-avoidance strategy and help HMRC tackle abusive avoidance. The GAAR legislation defines which tax arrangements are abusive and will apply to most taxes including income tax, corporation tax, capital gains tax, inheritance tax and stamp duty land tax.

An independent advisory panel has been set up to give opinions on specific cases and approve the GAAR guidance, but critics say that the legislation may be hard to apply and won’t deal with the controversial tax arrangements of big business.

Although there is broad support for a GAAR among tax professionals there are concerns about whether the new body can remain independent from the taxman; particularly as accountants have been excluded from the GAAR advisory panel, which will advise HMRC about whether a scheme falls foul of the GAAR.

The advisory panel will give an opinion on whether an avoidance scheme is considered abusive under the GAAR rules and replaces an interim panel of accountants, lawyers and tax campaigners. The new panel has Patrick Mears, a former tax lawyer , as its chair and he has refused to comment about who will be appointed to the panel and neither have HMRC, which makes me concerned that appointees may be selected based on their likely sympathy for the HMRC’s position.

The GAAR legislation is intended to stop taxpayers from reducing their tax bill by any lawful means. HMRC have said that it will apply to abusive tax arrangements, which they have defined as “any arrangement which, viewed objectively, has the obtaining of a tax advantage as its main purpose or one of its main purposes”. 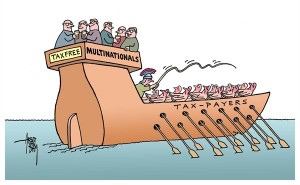 Will the GAAR regulations even out the tax burden?

Apparently the key test is whether a tax arrangement is “reasonable”. Tax arrangements will be judged unreasonable (abusive) if they were not what the law intended when it was passed;  such as exploiting a loophole in the law; or having no commercial reason to exist other than to reduce a tax bill.

HMRC isn’t legally obliged to follow the recommendations of the GAAR advisory panel, although it will look a bit odd if it doesn’t. The GAAR guidance says it rejects the old approach taken by the courts in some tax cases that, and I quote “taxpayers are free to use their ingenuity to reduce their tax bills by any lawful means, however contrived those means might be and however far the tax consequences might diverge from the real economic position.”

Will GAAR have a big effect on the tax system?

Accountancy bodies believe that the GAAR’s main purpose will be as a deterrent. The offshore, so-called boutique tax advisory firms that design and promote many of the riskiest forms of tax scheme will probably either stop doing so or their schemes will be voted down by the GAAR advisory panel and therefore the chances of winning a case in the tax tribunal will be slim.

However, if the GAAR vote is not unanimous, such as one member voting that a tax arrangement is legitimate, or at the very least, not abusive, experts believe HMRC’s case would be weakened.

Overall, the principle of a GAAR is supported by accountants and campaigners for tax justice, but many disagree on how the GAAR will work in practice, it’s shortcomings and how it could be improved. Even the parliamentary select committee on tax have stated that; “the GAAR remit is narrow and will not deal with controversial tax planning techniques used by big business.”

In other words what the politicians are saying is the alleged big tax abusers, such as Google, Starbucks and Amazon, will continue on their merry way as before and it is small businesses and individuals who will be caught in the GAAR web.

I know I have regularly banged on about HMRC’s Big Brother bully-boy tactics and one regular reader of my Blogs has even  had the temerity to suggest  that I’m a tatch paranoid about them. Well, to quote Joseph Heller, author of Catch-22, “Just because you’re paranoid doesn’t mean they aren’t after you”, I rest my case!

David Jones is the Senior Partner and Founder of Morgan Jones & Company. Born in Liverpool and a graduate of Liverpool Collegiate Grammar School, David spent twenty years working for the Customs & Excise in London then Shrewsbury before starting his own business. David’s depth of knowledge of the UK tax system and his ability to communicate this learning has seen Morgan Jones & Company grow into Shropshire’s most respected Accountancy Practice. Email David
Share Tweet

HMRC just love the cashless society
UK Tax Questions Answered by Shrewsbury Accountant No.17
How to Win a Tax Tribunal - Prove where the Money Went