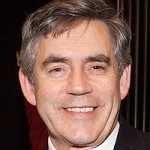 Gordon Brown introduced IR35 when he was chancellor

IR35 is tax legislation designed to tax “disguised employment” at a rate similar to employment. In this context, “disguised employees” means workers who receive payments from a client via an intermediary and whose relationship with their client is such that had they been paid directly they would be employees of the client.

Before IR35 was introduced workers who owned their own companies were allowed to receive payments from clients direct to the company and to use the company revenue as would any small company. Company profits could be distributed as dividends, which are not subject to NIC payments. Workers could also save tax by splitting ownership of the company with family members in order to place income in lower tax bands. (This latter practice was recommended by government publications advising on setting up family businesses).

The original so-called IR35 rules were introduced in 1999 by Gordon Brown to bring in extra tax and NIC, mainly from those who provide services to customers through a company. They are supposed to apply where the relationship between the director providing the services and their client is indistinguishable from that of an employee and employer. If the Taxman considers director/shareholder income is derived from a disguised employment, then normal PAYE rules apply. However they have not set out clear rules which define what counts as an employment and what doesn’t. Instead, the courts and tribunals have provided guidelines through their judgments, which have generally gone against the Taxman.

Although HMRC has been very unsuccessful in enforcing IR35, it is no time to relax as things might be changing with the recent issue of new tougher guidance for directors who provide services through their company; so what, if any, are the changes?

The guidance is contained in a new 47-page guide on when the taxman thinks IR35 applies and includes a list of questions which look more like a pub quiz than a tax guide. Answers score varying numbers of points and where you reach 20 or more your prize is to fall into the low-risk IR35 category. Unfortunately, the scoring is biased in the Taxman’s favour, for example, you’ll score just 2 points if your contract enables you to send in someone in your place, but 20 points if you have actually done so in the last 24 months.  In doing this, the Taxman is blatantly ignoring the guidelines given by employment and tax tribunals.

In reality, there are no new rules, just a revamp of the guidance booklet and a revised mickey-mouse point scoring exercise that is designed to scare directors/shareholders of small companies into paying more tax and NIC; in other words HMRC are acting the Bully-boy once again.

The guide is helpful and worth downloading (http://www.hmrc.gov.uk/ir35/guidance.pdf) and it might put your mind at rest or at least give you a heads-up on whether you’re at risk of an IR35 challenge. This will give you a chance to amend contracts and working arrangements with your customers to avoid trouble. As part of the Taxman’s new approach you can call (0845 303 3535) to discuss your situation anonymously with an HMRC officer, but their view is not binding.

In reality, the new guidance only clarifies the existing IR35 rules and so there is no increased risk, but the government has recently chipped in with a small change to the law regarding third party officers. However, in my view, this is highly unlikely to have much impact and I’ll give you an example to clarify the change:

Example:  Gareth is a director of XYZ Ltd, with the company being set up so that he could provide his services as a sales director (SD) to several other companies in which he has an interest. If Gareth was appointed SD directly, instead of through XYZ, he would have to pay PAYE tax & NIC on whatever the other companies paid him and they would also have to pay employers’ NIC. However, until April 6th of this year HMRC couldn’t argue that PAYE tax and NIC should apply to the money paid to XYZ because a loophole meant IR35 didn’t apply to services as an officer of a company. It’s this loophole that’s just been closed.

To avoid IR35 applying under the new rule, either resign as a director from your client’s company and provide your services as a consultant; or if it’s necessary that remain as a director, accept a nominal fee for this role and have a separate contract that pays you for the time you spend doing non-directorial work.