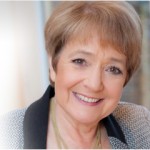 The biggest change to Income Tax and National Insurance Contributions since PAYE was introduced in 1944.RTI (Real Time Information) was introduced on 6th April 2013.

It’s a hugely ambitious undertaking which will see PAYE reported on or before the date payment is made, while changes will be reported as and when they occur, rather than at the end of the financial year. Changes in circumstances, such as a pay rise, overtime or leaving a job, will be reported as they happen.

It was meant to be extended to take in every single person in employment in the UK at the beginning of the current tax year, but as with any project of this magnitude, many have predicted teething trouble, with the Public Accounts Committee chair Margaret Hodge warning it may not be the panacea to tax inaccuracies and criticising the lack of any back-up system.

However, 24 hours before George Osborne delivered his recent budget and much to the amazement of many small business advisers, HMRC quietly slipped out that it was postponing the introduction of RTI for the bulk of small and medium sized businesses (SME’s).

If RTI means little to you, you’re part of the reason why HMRC has been forced to make this u-turn. Although RTI is the biggest change to the PAYE system in 70 years, awareness of the changes amongst small and medium-sized enterprises (SME’s) has been consistently poor. It became clear to HMRC and George Osborne, that with two weeks to go to the change, very few SME’s were ready for RTI.

The new system requires all employers to report on Income Tax and NIC deductions every time staff are paid, rather than in one single annual return. The switch has certain advantages for employers and HMRC alike. For business, once the system is up and running, it should reduce the cost of PAYE administration and leave less room for the nasty surprises employers often get hit with when an unexpected liability comes to light. For HMRC, the system will also be simpler and it’s essential for the successful introduction of the Universal Credit, a new real-time benefit scheme that was launched in a pilot scheme last week.

Morgan Jones & Co can get your payroll RTI ready

However, RTI requires employers to automate their payroll systems so that they can make reports to HMRC online, which will require an investment of both time and money. Those still using paper-based administration, or out-of-date software packages that aren’t capable of supporting RTI, won’t be able to comply with the new rules. The Government had hoped all employers would put arrangements in place in time for a seamless move to RTI in April. However, in recent months, it has become increasingly clear that very large numbers of SMEs would not be ready, either because they’re not well-informed about the switch, or because their administration has not been upgraded and tested yet.

Accountants acting for SME’s have been warning of chaos since the beginning of the year, but it wasn’t until the last week of March that HMRC finally accepted the inevitable. It has now decided to give employers with fewer than 50 employers another six months to switch to RTI in full. All employers will still have to make NIC and Income Tax declarations to HMRC on a monthly basis, rather than the current annual system, but they won’t be required to report in real time until 5th October 2013.

HMRC describes the move as “a relaxation of reporting arrangements for small businesses”, though in reality it’s a more dramatic change of course than that. Nevertheless, it is important that SME’s recognise they’re not off the hook, they’ll still need to comply with the monthly reporting requirement from April onwards, and they’ll need to be ready to switch to RTI in October. HMRC have promised not to impose penalties on non-complaint SMEs for the first few months of the system, but it has so far been vague about extending this moratorium, though most Accountants are quietly hopeful that the honeymoon period will be extended to 5th April 2014.

The Accountancy bodies and many business groups are pushing for monthly reporting to be allowed on a permanent basis and extending the six month moratorium to the end of the tax year. Unfortunately, HMRC and the Government are between a rock and a hard place, as whilst they recognise the potential chaos they’re causing for small businesses who employ the majority of workers in the UK, they’re worried that a further postponement will  jeopardise  the successful introduction of the Universal Credit.

Lee Perkins, the managing director of the small business division at IT firm Sage, which supplies business software such as payroll administration services, warns SME’s not to be thrown by this last-minute upheaval.“Whilst we understand the rationale for the change, it is a little surprising that it has happened so close to the RTI deadline; it adds yet more confusion around the initiative when the biggest barrier is fear of the unknown,”

So, if you’re confused about RTI and Payroll changes and need some help, contact us for some user-friendly targeted advice or read our RTI Payroll Services Page